HONG KONG, July 27 (Xinhua) -- "In all my 48 years in Hong Kong, I have never seen it in such a mess," Allan Zeman, chairman of Lan Kwai Fong Holdings Ltd., said in his office on the 17th floor of a high-rise in central Hong Kong. 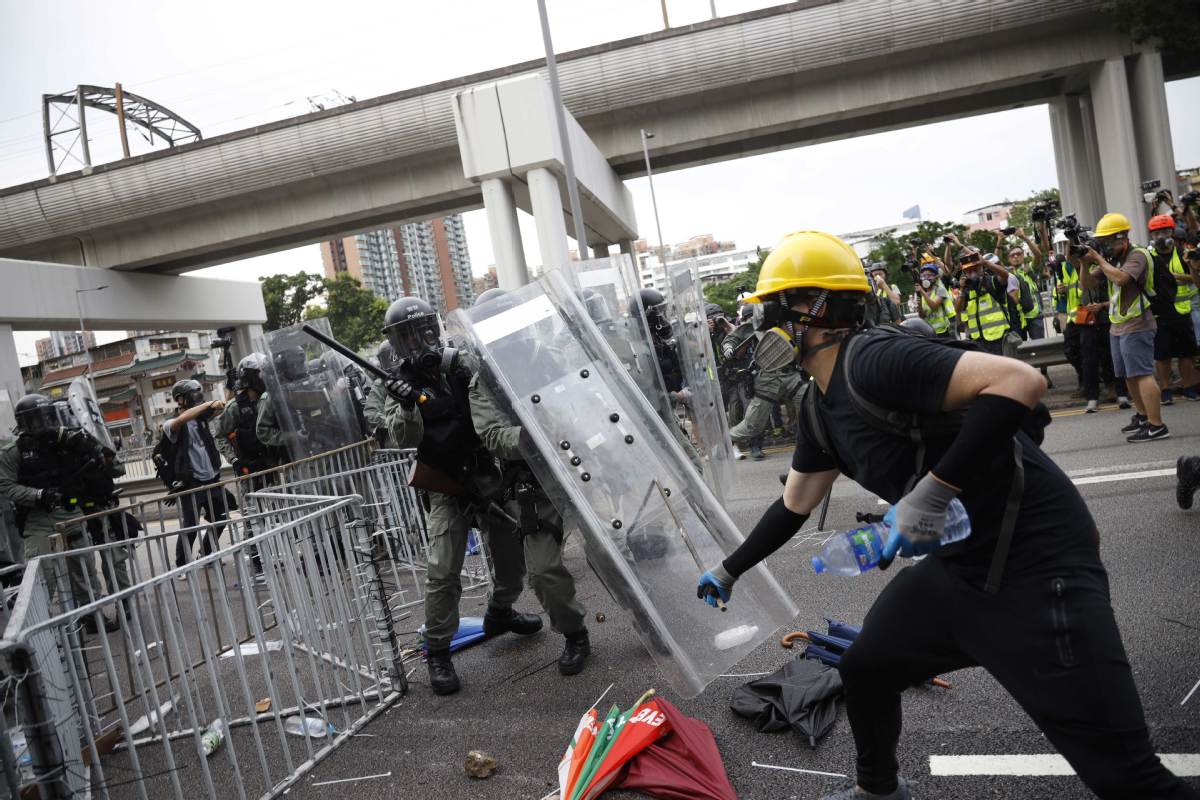 Lying next to the building, Lan Kwai Fong, the city's landmark central bars and entertainment district, was packed with people ranging from white-collars working nearby to tourists attracted by its fame. But Zeman, known as "Father of Lan Kwai Fong," could hardly be happy.

During the past few weeks, Hong Kong has seen intensified acts of violence, as some radical protestors stormed the Legislative Council (LegCo) building, besieged the building of the Liaison Office of the Central People's Government in the Hong Kong Special Administrative Region, and even defaced the national emblem.

"This is crossing the line and is a terrible disrespect in any country," said Zeman, who was born in Germany and raised in Canada.

Zeman was not the only one worrying about the situation in Hong Kong. As extreme incidents lingered, the anxiety was on the rise from not only locals but also the people from the rest of the world who now live and work in Hong Kong.

"I'm worried about the violence that is taking place in Hong Kong, because I have lived here all my life and it has never been violent," said Avais Ahmad, owner of a Persian carpet shop in Wan Chai district in Hong Kong Island. Ahmad, 48, was born and raised in Hong Kong and has built up a strong sense of belonging to this place. "My grandfather moved here from Pakistan in 1952 and then my father followed. Hong Kong is my home and I very much love it," he said.

Ahmad's view was echoed by Bruce, who works for a finance company. Coming from the United States and having worked in Hong Kong for five years, he said the violence should not escalate any more.

He said the problem should be solved through dialogue, adding that the instability, if persist, will be no good for anyone.

The recent violence has also cast a shadow over the economy as quite a few industries have felt the pinch. Retailers and companies from the tourism sector were the first to take the brunt, with double-digit slumps expected.

Ahmad's shop was not an exception and he believed the protests and external trade tension combined have bitten into the turnover.

"Our business revenue has gone down very much compared to the same time last year, and there has been a decline of almost 30 to 40 percent," he said. "People are just not in the same mind frame to spend money or to give priority to shopping as such."

An Indian tourist who declined to be named said he came to Hong Kong for a five-day trip on his own as his friends changed their mind before setting off. "I also started to be a little bit worried as I read news about the violence all over the internet."

Zeman was afraid that the impact may expand to more sectors and even to the entire economy.

"Business people like stability. If not only tourism but the broader service industry is disrupted, the trust will be broken and money will go to other places, with Hong Kong being bypassed," he said. "And so the economy will really suffer."

Zeman said his foreign friends have already been very nervous about what is going on in Hong Kong as the violence presents a very bad image to the world.

Bruce said he has enjoyed working and living in Hong Kong because of its safety, openness and freedom to do business, as well as being an important gateway to Asia, and in particular the Chinese market. "I hope the problem can be resolved as soon as possible," he said.