The University of Hong Kong (HKU) on late Wednesday night dismantled a controversial statue previously known as the Pillar of Shame from its campus, to rule out potential safety risks posed by the aged, fragile statue and potential legal risks based on local laws in Hong Kong. 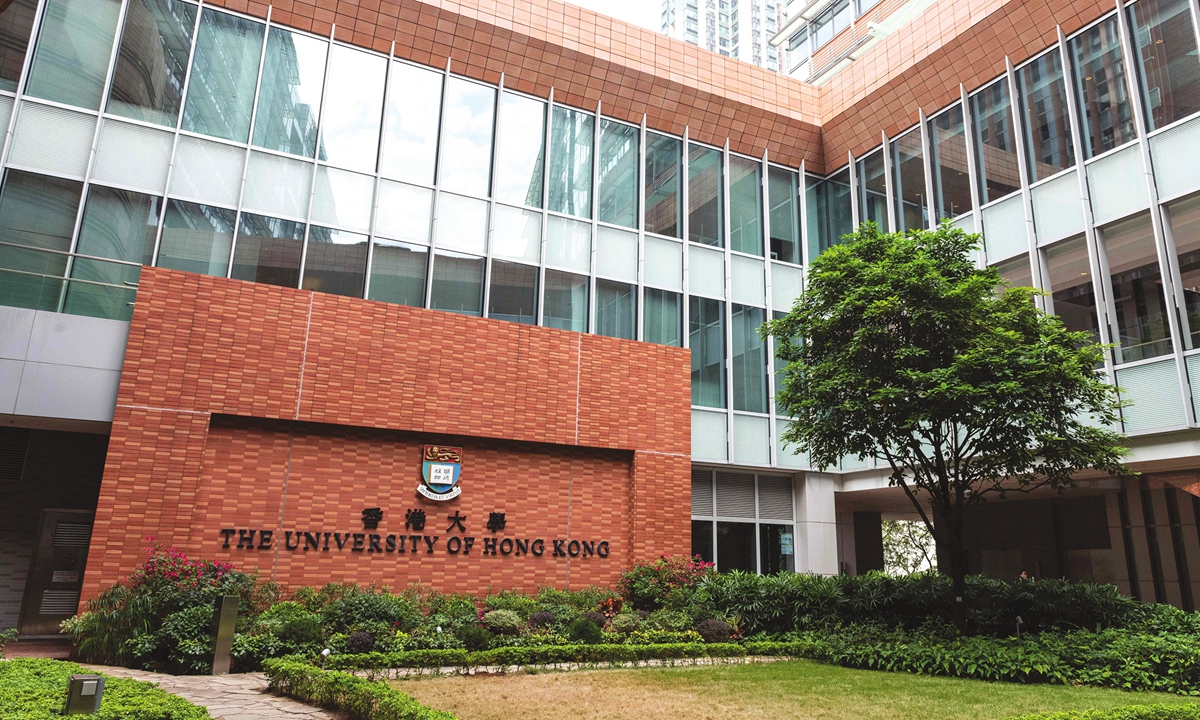 Some legal experts in Hong Kong said that the HKU made this independent decision in accordance with the local law and campus regulation. Another reason, the experts said, is the controversial implication of the statue as it incites a sentiment of anti-Communist Party of China and risks violating the national security law for Hong Kong.

The decision was widely applauded by a number of students of the HKU, according to dozens of posts published on the in-campus network seen by the Global Times on Thursday.

In a latest notice published on the school's website, the HKU council said they have made a decision to remove the statue based on "external legal advice and risk assessment for the best interest of the University."

The council noted that no party has ever obtained any approval from the University to display the statue on campus, and the University has the right to take appropriate actions to handle it at any time.

"One of the distinct messages that this 'Pillar of Shame' conveyed is to end the CPC's rule, which is a constitutional institution under the Chinese Constitution. To call for the end of the CPC rule runs afoul of the Constitution," Lawrence Ma, barrister and chairman at Hong Kong Legal Exchange Foundation, told the Global Times on Thursday.

Also, to end the CPC rule would infringe the article 22 of the national security law for Hong Kong in "overthrowing the body of central power of the People's Republic of China," Ma said.

Louis Chen, general secretary of Hong Kong Legal Exchange Foundation, told the Global Times on Thursday that the independent decision made by the school should be respected and that it has its own set of established rules for handling the school's affairs. Chen stressed that the international community should not politicize the issue.

"There are two major considerations for the dismantling of the statue, one is its aging problem that risks injuring passersby; another is that the message it conveyed is in conflict with the national security law for Hong Kong," Chen noted.

The HKU Council has requested that the statue be put in storage, and that the University should continue to seek legal advice on any appropriate follow up action.

The statue, which has the implication of referring to the incident that occurred between spring and summer in 1989, has been used as a major political tool for attacking the CPC-led governance, echoing a long-term misunderstanding and demonization of the CPC in Hong Kong, experts said.

While the national security law for Hong Kong and electoral reform unveiled a new page for the city's social and political life, it's time to correct those misunderstandings about the CPC, as the future governance surely will combine both governance of the central government over Hong Kong and high autonomy of the HKSAR government, a senior political advisor told the Global Times in an earlier interview.

"Although the CPC still won't directly participate in specific affairs in Hong Kong, its spirit will be manifested through the Constitution," Lau Siu-kai (Lau), deputy head of the Chinese Association of Hong Kong & Macao Studies, told the Global Times in an earlier interview.

The main problems lie in Hong Kong society's inability to correctly understand modern Chinese history or its own, to shake off the demonized narrative of the CPC by some Western forces, and to understand the importance of the CPC in the region's development, where they are a community of shared interests and destiny, Lau said.

On an in-campus student platform, one post seen by the Global Times read, "don't you think without that pillar, the view of the sky is more beautiful?"

"As a local student, I support the move to remove this pillar. Although we need to reflect on the history, it has been used as a political tool for anti-China forces, which also intensified the discrimination toward students from the mainland," another post said.