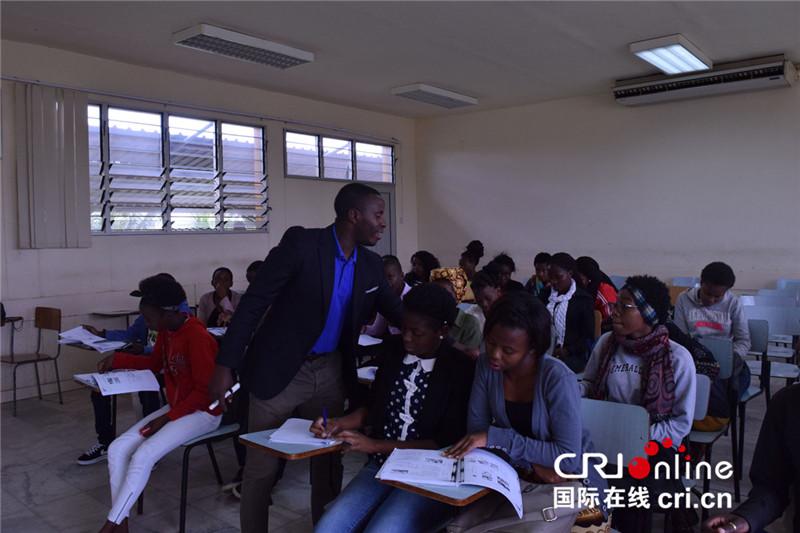 (Saier in the classroom. Photo: CRI)

Consistent growth in student enrollment in Chinese language course at schools throughout Africa is proof enough that the continued strengthening of China-Africa ties in terms of culture and trade has shown no signs of slowing down, according to China Radio International (CRI).

Last year, the number of registered students at Confucius Institutes in Africa hit nearly 150,000, revealing an average annual growth rate of 36 percent since 2012, reported CRI. Due to the increased number of Chinese speakers in Africa, many have turned their language skills into a new career path and are now teaching the language.

Saier, a 30-year-old Chinese language teacher at Eduardo Mondlane University in Mozambique, said that his inspiration to learn Chinese was borne out of an obsession with Chinese Kung-fu movies he enjoyed watching as a child.

“Compared with teachers from China, I can communicate better with my African students because I was born and raised in this culture,” Saier said.

Before Confucius Institutes and Confucius Classrooms opened in Africa, students with Chinese language ambitions were limited due to geographical constraints. Many students had to travel thousands of miles away and study the language in China.

Since the first Confucius Institute opened in 2004 at the University of Nairobi, Kenya, a total of 54 institutions are up and running across Africa, with a few countries having more than one. The institutes have made studying Chinese much more convenient for African students.

Saier has big plans for the future that involves a life dedicated to studying and teaching.

“I will continue to improve my Chinese language skills by returning to China where I will get my Doctorate in the language,” Saier said.