DALIAN, Dec. 27 (Xinhua) -- A northeastern Chinese city has provided special "in-ward" exams for a postgraduate applicant who is under quarantine after being diagnosed as an asymptomatic carrier of the novel coronavirus. 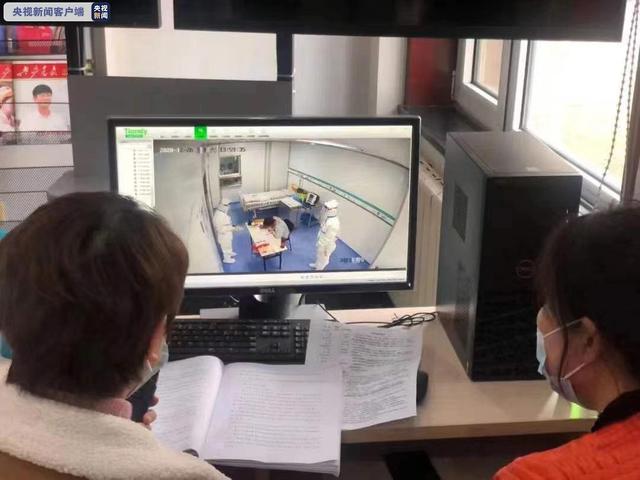 The city government of Dalian, Liaoning Province, decided to hold the isolated exams in the Dalian Sixth People's Hospital after learning that a female asymptomatic case had applied for the national entrance exams for postgraduate studies, scheduled for this weekend.

"We set aside a negative-pressure ward and arranged it in accordance with the standards of an examination room, like monitoring cameras, a desk, a chair and stationery. Meanwhile, we also prepared ECG monitors, defibrillators and drugs for emergency use," said Sun Aijun, vice president of the hospital.

At 7:30 a.m. on Saturday, exam papers arrived at the hospital with a police escort. After medical staff delivered the papers to the test-taker in the ward, the examination began at 8:30 a.m., just like the other exam sites nationwide.

Two invigilators monitored the exam through surveillance video, while several medics waited outside the ward to monitor the examinee's health condition.

"I have been a teacher for many years, and this is the first time I have participated in an exam like this. Though the site has been moved from a school to a hospital, the standards have not been compromised," said Li Li, one of the invigilators.

The two-day exam session concluded on Sunday afternoon. Doctors said they carefully disinfected the papers before handing them to the invigilators. They also ran health checks and concluded that the test-taker was in a good condition following the exams.

Officials said that more than 20 of the examinee's close contacts also attended this year's postgraduate exams in independent exam rooms set aside by the city government of Dalian.

On Saturday, Liaoning Province reported seven confirmed COVID-19 cases and three asymptomatic cases, all locally transmitted. The province currently has 34 confirmed cases in hospital and another 29 asymptomatic carriers under quarantine and receiving treatment in the cities of Dalian and Shenyang.

About 3.77 million people applied for this year's entrance exams for postgraduate studies, which kicked off on Saturday under stringent anti-virus precautions. Test-takers were asked to wear masks during the exams, and those with fevers were seated in isolated rooms.