Coronavirus: China's envoy to UK warns against panic and slander 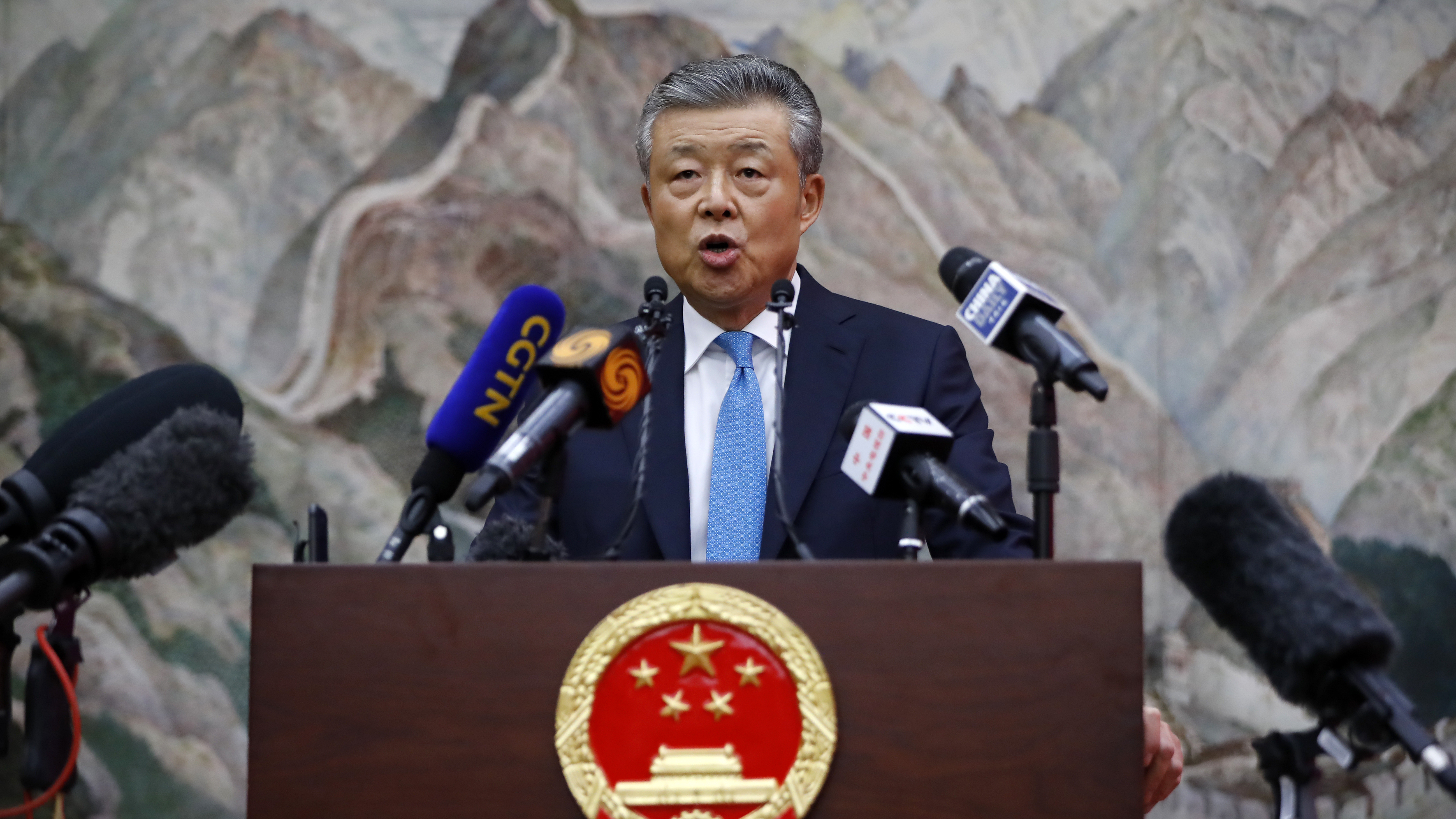 The Chinese ambassador to the UK, Liu Xiaoming stressed on Beijing's transparency in sharing information about the coronavirus with the world. (Photo: AFP)

China has taken robust measures to contain the coronavirus outbreak and the panic that is being witnessed in some parts of the world is unnecessary, the Chinese ambassador to the UK said on Thursday.

In a press conference in London, Liu Xiaoming reiterated Beijing's commitment to fight the epidemic and ensure that it does not spread beyond the country's borders.

The coronavirus, which originated in Wuhan city in Hubei province, has infected over 28,000 people globally and killed more than 560. The UK reported a third case, today. The vast majority of the victims are from China's mainland.

"Since the outbreak, the Chinese government has taken the most comprehensive and strict prevention and control measures, many of which go far beyond the requirements of the international health regulations.

"By taking these measures, China is safeguarding the safety of life and health of not only the Chinese people, but also people of the whole world."

Elaborating on the steps taken by Beijing to fight the virus, the Ambassador referred to the instructions given by President Xi Jinping to mobilize the entire government machinery for the task.

More than 6,000 medical professionals from across China have been deployed in Hubei, including Wuhan. Two specialized medical facilities, Huoshenshan and Leishenshan hospital, were built in ten days and have started to receive and treat the critically ill, according to the ambassador.

Putting the outbreak in perspective, Liu said: "I want to emphasize that, although a large number of people have been infected with this virus, the mortality rate in China, which stands at 2.1 percent, is very low. This is much lower than Ebola (40.4 percent), SARS (10 percent), MERS (34.4 percent) and H1N1 of 2009 (17.4 percent)."

He stressed Beijing's transparency in sharing the relevant information about the outbreak with the World Health Organisation (WHO) and governments around the world.

The envoy added that China has attached great importance to the safety of foreign nationals in the country by keeping them informed and also helping with evacuation.

Allaying fears over the health of the Chinese economy, Liu said that the country's fundamentals are highly resilient and able to withstand temporary shocks.

"At the moment, the epidemic is having a relatively severe impact on the service sector, including transport, tourism, hospitality, catering, films and entertainment.

"But the impact will be short-term and temporary. It will not change the fundamentals of China's economy, which will maintain sound growth in the long run."

The ambassador, however, cautioned against rumors and disproportionate measures like travel and trade restrictions. Urging an objective take on the crisis, Liu criticized biased and "malicious slander and disinformation."

"It is our hope that governments of all countries, including the UK, will understand and support China's efforts, respect the professional advice of the WHO, avoid overreaction, avoid creating panic, and ensure the normal cooperation and exchanges between countries," he added.

Italy is one country that China believes has overreacted, by suspending direct flights from China.

However, China's Ministry of Foreign Affairs said on Thursday afternoon that Italy's ambassador had said his country was now willing to allow some commercial flights between the two countries, based on the requests of China's airlines, and will try to restore normal bilateral exchanges.