WUHAN, Feb. 11 (Xinhua) -- Wuhan on Tuesday morning received the first batch of frozen pork allocated by China's central government to aid the city at the center of the novel coronavirus outbreak.

The 217.9 tonnes of frozen pork, the first batch of the 2,000 tonnes in total, boarded a train in Shanghai to arrive at the city's Wujiashan Station.

Its arrival was 10 hours and 45 minutes ahead of schedule as railway authorities gave the train priority clearance throughout its journey, according to railway officials.

The National Development and Reform Commission, Ministry of Finance and Ministry of Commerce on Monday announced the decision to transport 2,000 tonnes of frozen pork to Wuhan.

Wuhan, capital of Hubei Province, has been sealed off to curb the outbreak of the new coronavirus, which has infected more than 18,000 residents in the city of over 10 million people. 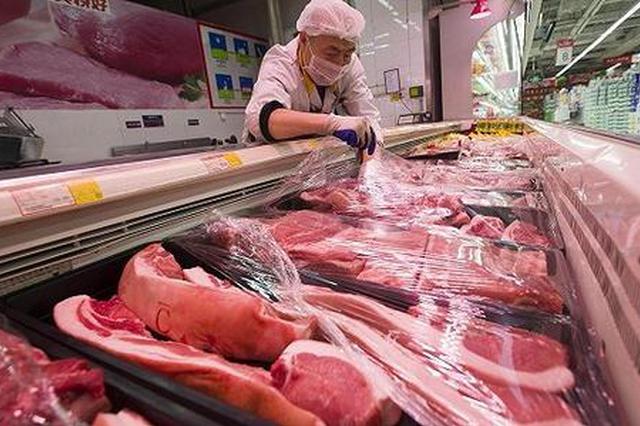