CHINA Coronavirus-infected woman gives birth to infant with no infection

Coronavirus-infected woman gives birth to infant with no infection

The woman was 33 years old and at the 37th week of gestation when she gave birth via cesarean to a baby with a weight of 2,730 grams at the Second Affiliated Hospital of Xi'an Jiaotong University in Xi'an, capital of Shaanxi.

The infant, whose first nucleic acid test associated with the novel coronavirus was negative, is receiving intensive care and will be tested again in the next few days to confirm the absence of the virus, according to the provincial center for disease control and prevention Tuesday.

The woman and the infant have been transferred to the fever ward and neonatal isolation ward, respectively, for follow-up care and treatment. Both of them are currently in a stable condition, said Liu Ming, director of the medical administration department of the hospital.

On Feb. 7, the woman was transferred from the central hospital of the city of Shangluo, Shaanxi, to the designated hospital where a work group consisting of medical experts came up with a series of treatment plans and made preparations to ensure the safety of the patient and her baby, according to Liu. 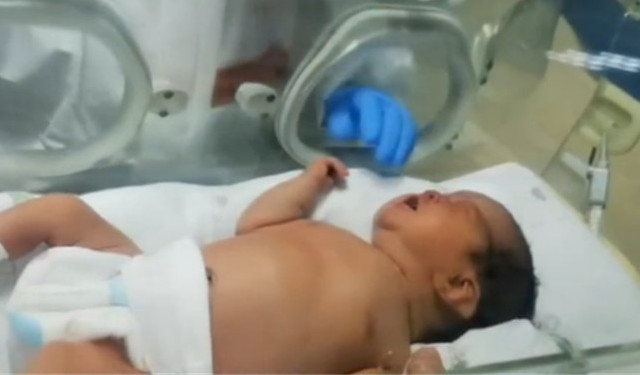