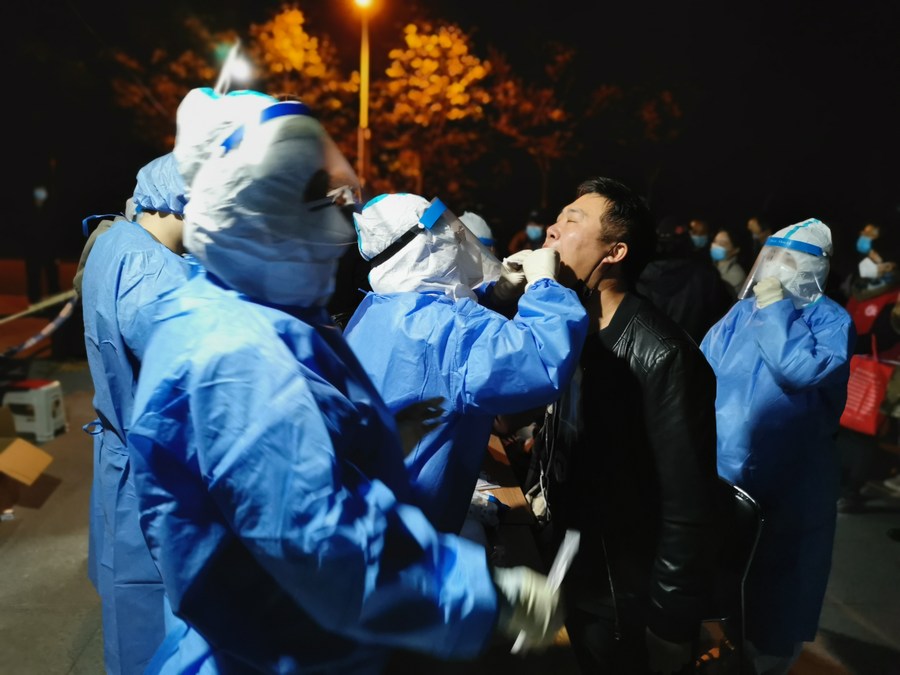 A residential community in Tianjin's Binhai New Area was classified as a medium-risk area for COVID-19 on Thursday after a new asymptomatic case in the community was reported on Wednesday, the city's health commission said.

A 33-year-old female patient surnamed Kang lives on the same floor with a person surnamed Wang, whose positive test results were reported on Nov 10.

Two other confirmed cases, one of them asymptomatic, were reported on Tuesday night. Those individuals live in the same building with Kang and Wang.

A preliminary investigation found that on the morning of Nov 9, Wang, Kang, Kang's younger brother and his wife had taken the same elevator.

The next day, Kang tested negative. However, she tested positive on Tuesday and Wednesday this week, though she displayed no symptoms.

Kang's younger brother and his wife tested negative on Nov 10 and Nov 17. Both remain under quarantine for medical observation.

As of Thursday, the city had reported three confirmed cases of COVID-19 and five asymptomatic cases after a 38-year-old storage worker was connected with a batch of contaminated imported food on Nov 8.

Hangu Street's Block A and B of the cold-chain logistics area in the fishing port of Binhai New Area were classified on Nov 10 as medium-risk areas for coronavirus.