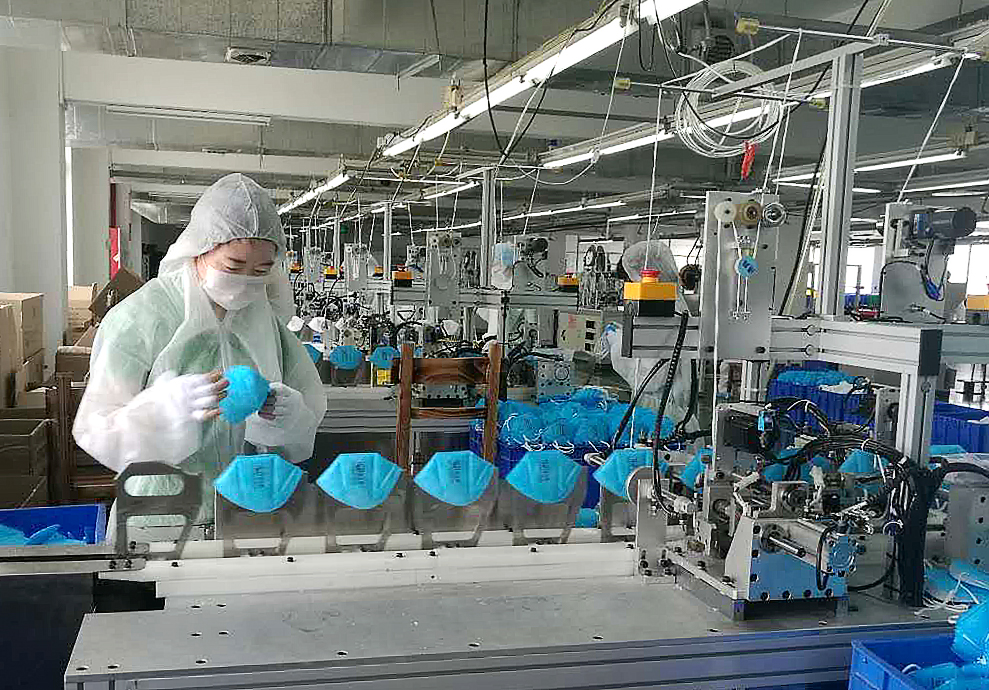 Three sets of production equipment, plus 175,000 fake N95 masks and 80 cases of raw materials, were seized in the den, according to a statement released by Guangdong Provincial Department of Public Security on Friday.

"None of the fake masks have entered the local market so far, thanks to a timely crackdown on the case," a police officer was quoted as saying.

Local police immediately set up a special task force and launched a further investigation after local residents reported that a secret factory located in Baidong village in Xiqiao township was still in full production at midnight on Jan 29.

And a police operation was immediately launched in the early morning on Thursday, said the officer.

"All the windows and doors of the two-story factory were closed when police arrived on the scene," the officer said.

Investigation of the case is still ongoing, the officer added.