China on Monday urged countries outside the region to behave with caution and refrain from activities that undermine regional peace and stability, after Japan conducted its first ever peacetime submarine drill in the South China Sea.

"The situation in the South China Sea has cooled down and is improving," Geng Shuang, a Foreign Ministry spokesman, said at a regular news conference in Beijing. 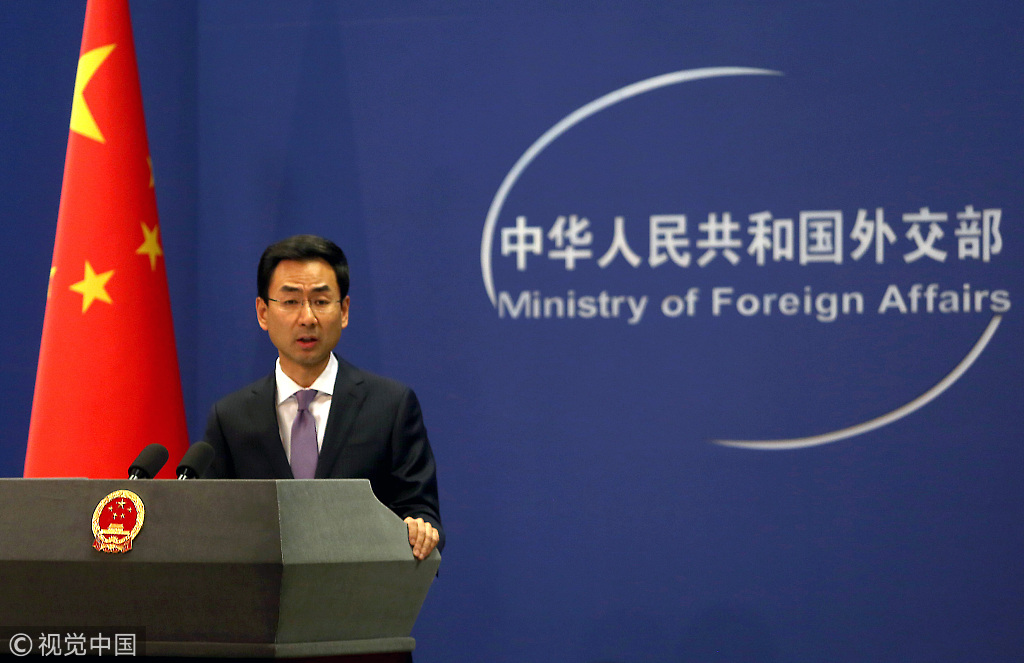 On Monday, The Japan Times quoted the Japanese Defense Ministry as saying that the submarine Kuroshio, along with the Kaga helicopter destroyer and two other ships, conducted an anti-submarine warfare exercise in the South China Sea last week.

After the drill, the Kuroshio made a port call at Vietnam's Cam Ranh Bay facing the South China Sea on Monday, it said.

"China and the Association of Southeast Asian Nations are committed to consulting the South China Sea code of conduct, strengthening maritime cooperation, and appropriately dealing with their differences," Geng said.

"We urge countries outside the region to respect efforts of regional countries in peacefully solving the South China Sea issue through dialogue," he added.

In August, China and ASEAN countries agreed on a single draft text as they negotiated the Code of Conduct in the South China Sea during the annual China-ASEAN Foreign Ministers' Meeting in Singapore.

The spokesman also announced that State Councilor and Foreign Minister Wang Yi will attend and deliver a speech at the 73rd United Nations General Assembly general debate on Tuesday in New York.

Wang will fully spell out China's positions and proposals amid the current global situation, discuss major international and regional issues, and express China's determination to stick to multilateralism while safeguarding the UN's authority and role in order to promote global peace and development, Geng said.