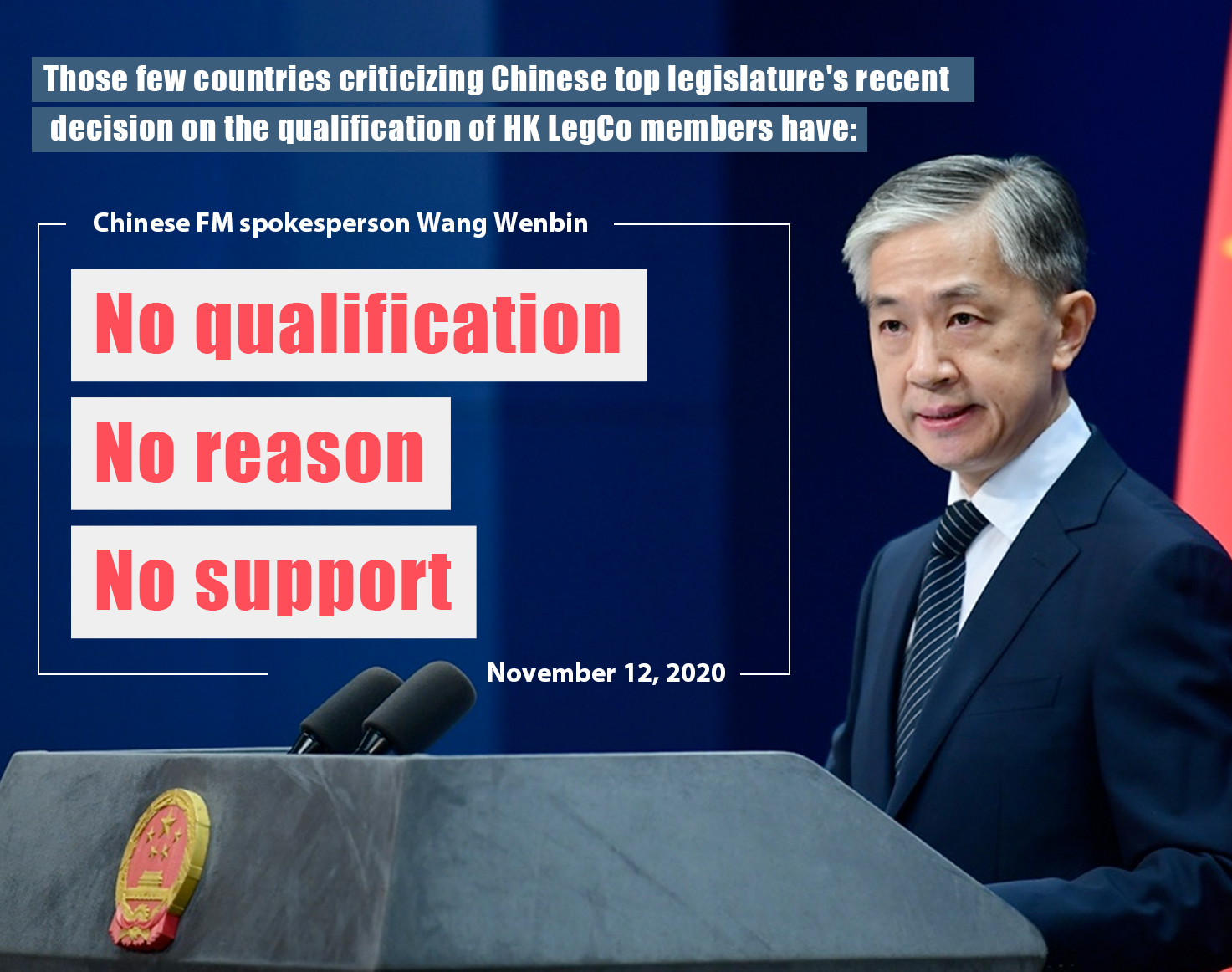 A few Western countries have no qualification and no reason for criticizing China's top legislature's latest decision to set a legal structure for disqualifying unpatriotic lawmakers from the Hong Kong Legislative Council (LegCo), the Chinese FM warned on Thursday.

After the Standing Committee of the National People's Congress (NPC) made a decision on the eligibility of members of the Hong Kong Special Administrative Region (HKSAR) LegCo, a few Western countries have made arbitrary accusations against the decision, which are unqualified, unjustified and have no market, Chinese FM spokesperson Wang Wenbin noted at a news conference on Thursday.

Wang specifically pointed out that Hong Kong is a special administrative region of China, and "the issue of the eligibility of members of the Hong Kong LegCo is purely an internal affair of China. Other countries have no right to comment on it or interfere in it."

Wang added that it is a common international practice for public officials to swear allegiance to the state.

"No other country would turn a blind eye to acts of betrayal by public officials, including legislators, that break their oaths of office and betray their country," Wang said, condemning the groundless accusations made by some Western politicians as "fully showing their double standards."

Wang further explained that the relevant decision of the NPC Standing Committee is a requirement for upholding and improving the "one country, two systems" principle, implementing the relevant provisions of the Basic Law and the national security law for Hong Kong, as well as a necessary move to uphold the rule of law and the constitutional order of the HKSAR.

"We urge the people concerned to abide by international law and the basic norms of international relations and stop interfering in China's internal affairs, Hong Kong affairs included," Wang said, warning that any attempt to exert pressure on China and undermine its sovereignty, security and development interests will not succeed.