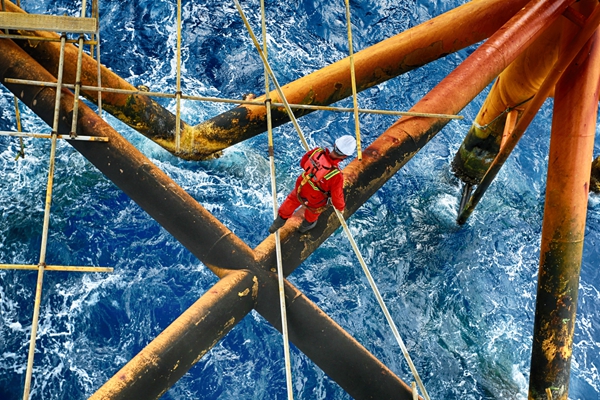 China's largest offshore oil producer has completed construction of the country's longest pipeline yet in the South China Sea, which has a length of 195 kilometers.

The pipeline is one of the supporting facilities of the Dongfang 13-2 gas fields, which will provide long-term stable energy to Guangdong Province, Hainan Province and Hong Kong.

Lin Boqiang, director of the China Center for Energy Economics Research at Xiamen University, told the Global Times on Wednesday that the oil field will have great potential in providing continuous energy to South China.

Because the oil field is located in the South China Sea, it is bound to attract attention, but it is normal for China to exploit oil in its own territory, said Lin.

The pipeline is 80 centimeters in diameter and the weight of a single pipe is up to 12 tons. The pipe layer crane ship can lay a maximum of 4.02 kilometers per day.

The ship is 204.65 meters long, 39.2 meters wide and 14 meters high, with a double-deck the size of two standard football fields, CCTV reported.