County in SW China fights against poverty amid COVID-19 outbreak

The goal to lift all rural residents living below the current poverty line out of poverty by 2020 must be realized as scheduled, Chinese President Xi Jinping said at a symposium on poverty alleviation on March 6 in Beijing.

Yet the unexpected COVID-19 outbreak has added difficulties in realizing the great goal.

In order to help the last couple of poor villages getting rid of poverty and preventing them from returning to poverty, the local government of Wangmo County, Southwest China's Guizhou Province has taken various measures to improve villagers' livelihoods. 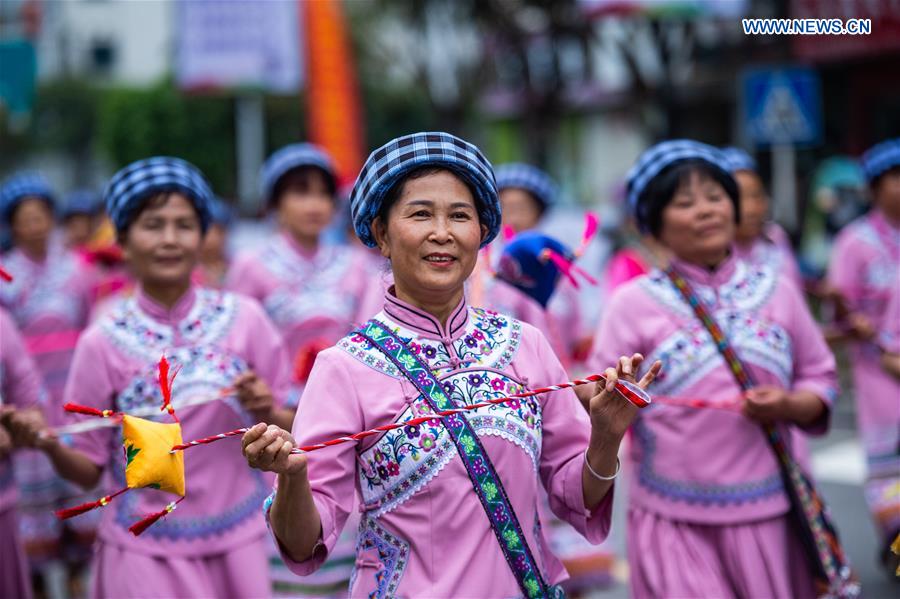 People in costumes of ethnic group take part in a parade during a culture festival in Wangmo County, Guizhou Province, April 6, 2019. (Photo: Xinhua)

Wangmo County is located on the edge of the Yunnan-Guizhou Plateau. By the end of 2019, Wangmo was still left with 22 poor villages and 10,800 registered population living in poverty, requiring the county to sprint for the goal of poverty alleviation.

Most of its villagers go out for job opportunities to increase incomes. 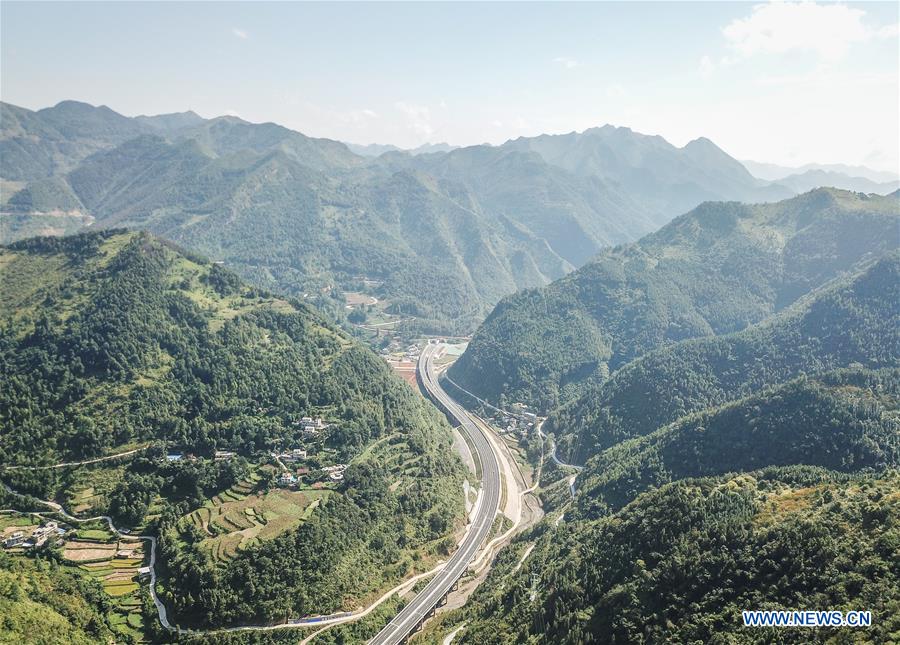 Luo Tianxin and Luo Tianheng, two brothers from an impoverished household in Dawan Village of Wangmo County, were once anxious about their work due to the COVID-19 outbreak.

They had planned to go to Dongguan, South China’s Guangdong Province for work after the Spring Festival, but had to stay at home after traffic was blocked.

Given the fact that over 52,000 migrant workers like the Luo brothers have returned home for the Spring Festival, workers in the village cooperative went door to door to learn villagers’ willingness to travel.

The local government has also established a coordination mechanism to help migrant workers return to their posts safely and smoothly, according to the director of Human Resources and Social Security Bureau of Wangmo County.

Chartered buses, trains and flights for migrant workers have been arranged and over 70,000 workers had returned to work by April 7.

“We are now relieved and ready to work harder,” the Luo brothers said. Their goals are to shake off poverty, renovate their old house and live a better life.

“The output will grow every year following the trend. The income this year will reach 40,000 yuan ($5,678) at a conservative estimate and it’s no problem to get rid of poverty,” said Wei Ximi, a villager in Nawang Village of Wangmo County.

Wei, 51, is from a poor household in the village and earned 12,000 yuan from mango planting last year.

In 2014, experts suggested that local villagers should plant mangos. Wei was hesitant at first. With the government subsidies, Wei decided to have a try. “Professionals guide us to plant and officials help us find the market.” 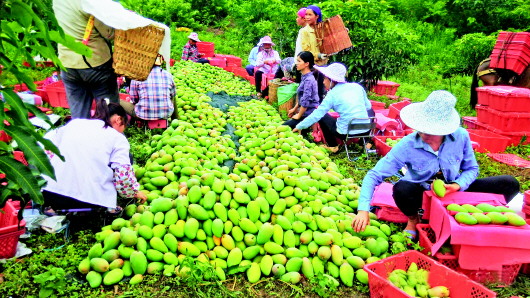 “Many poor villagers are old and have weak ability to work, so we encourage them to develop industries with low labor intensity and low technical requirements,” according to the director of the poverty alleviation office of Wangmo County.

For those unable to develop industries due to personal condition limits, the local government has carried out well-targeted policies to help them share in the benefits of development.

Luo Xiaoliu, 52, cannot do heavy work because of heart disease. Local officials helped him find a job in a planting base.

“I can earn 100 yuan a day and there are dividends at the end of the year. I can shake off poverty this year!” Luo said with hope.

Residents in Dawan Village live on the hillside and some villagers did not have toilets in the past, which was especially inconvenient for the elderly. 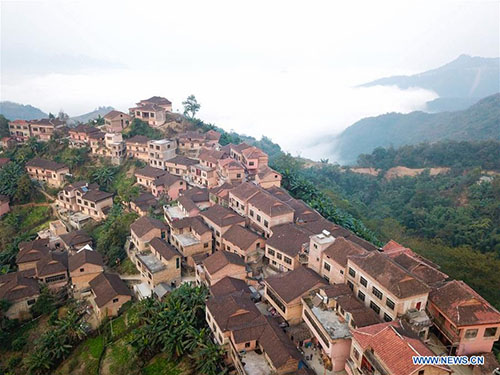 Wang Fengyan, an official of the Center for Disease Control of Wangmo County, checked 53 households in the village door-to-door in four days and found that 14 households did not have toilets.

By the end of March, all toilets had been built. The first round of inspections which focused on drinking water, serious disease assistance and other issues have been finished as planned by late February.

2,600 officials have been selected to serve in the villages and ensure that poor households do not have to worry about food and clothing and have access to compulsory education, basic medical services and safe housing.