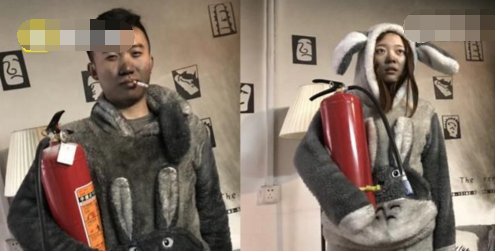 A young couple have become online celebrities after taking humorous selfies in the wake of a blaze in their home in Guilin, Guangxi Zhuang autonomous region. "I was in the bathroom, and smelled burning. When I opened the bathroom door, I saw a big fire," Zhong Cheng said after the incident last week.

He immediately woke his girlfriend and went to get water to put out the fire. His neighbors brought extinguishers and the flames were soon extinguished. Instead of running from the wreckage, the couple began taking selfies in their pajamas, and even recorded a video of New Year's blessings. "We wish you the best," the couple said in the video, their faces black from smoke.

The video began trending on Sina Weibo, where the topic "couple's selfies in burned house" received more than 10 million hits. Many netizens dubbed them "the funniest couple in history".

Zhong and his girlfriend run a noodle restaurant in Guilin, a popular tourist destination in southern China. "We met each other at a party and were impressed by each other's sense of humor," Zhong recalled. "We like presenting our lives in a positive, humorous way."

The accident did not have a big impact on their life, and they plan to move back to the house after redecorations. 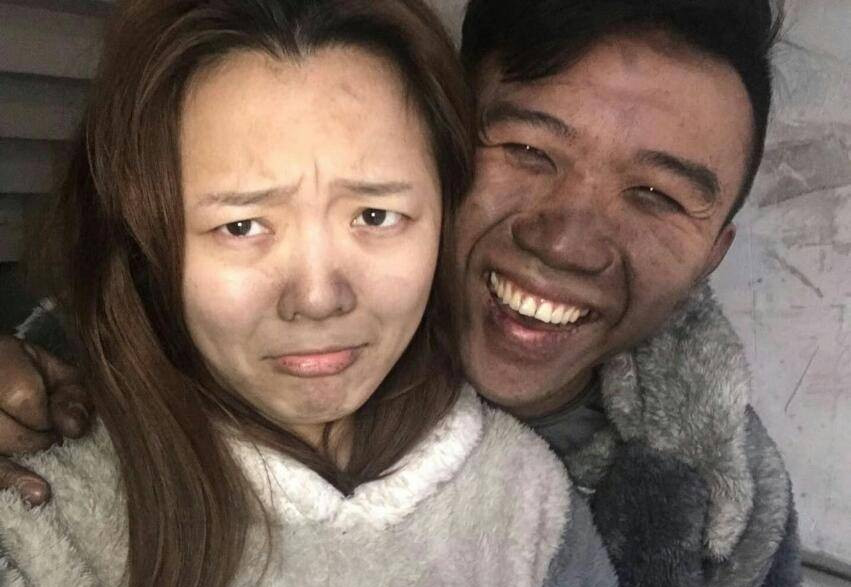 In the video, he also cautioned the public about the dangers of fire. "It's important to prevent fires in winter," he said, sitting on a scorched couch. "In addition, it is important to face up to life's difficulties with a smile."

Zhong said the fire could have been caused by a heater, an item widely used during the cold, humid winter.

The couple were invited to visit the city's fire department to learn about fire prevention.