A couple in Yanbian of Northeast China's Jilin Province tested positive for COVID-19 again on Monday after recovering and being discharged from a hospital in Shanghai as imported cases from Japan about 18 days ago, according to a Wednesday announcement from Yanbian epidemic control authority. 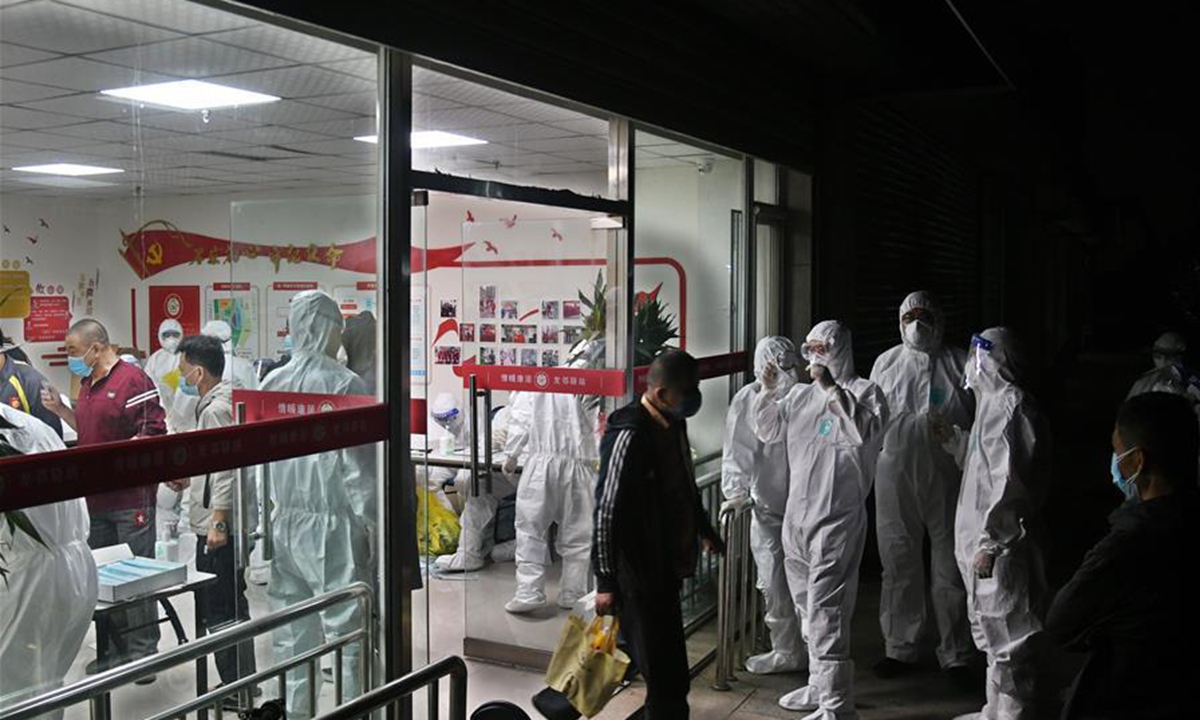 The authority told the public that there is no need to panic as there is currently no evidence that shows relapsed cases can infect other people in the community.

The couple are now under quarantine for medical treatment at a designated medical institution. All their close contacts have been put under quarantine conditions and returned negative nucleic acid test results, the authority said.

The cases were found when the man was going to be admitted to hospital for intestinal obstruction treatment on November 16, with his wife accompanying him. Before admission, they received nucleic acid tests which returned positive results.

They were then diagnosed as relapsed COVID-19 cases by experts.

The couple arrived in Shanghai on September 25 and were diagnosed as confirmed COVID-19 cases. After receiving treatment, they were discharged from the designated hospital in Shanghai upon recovery on October 29.

After that, they started a 14-day quarantine in the city, during which their nucleic acid tests on November 9 returned negative results.

On November 12, the couple finished their quarantine and took a flight to Yanbian. They began home isolation upon arrival.

The authority reminded that people still need to keep vigilant to the pandemic as the whole country is still facing a challenging situation in fighting imported cases and local resurgences.