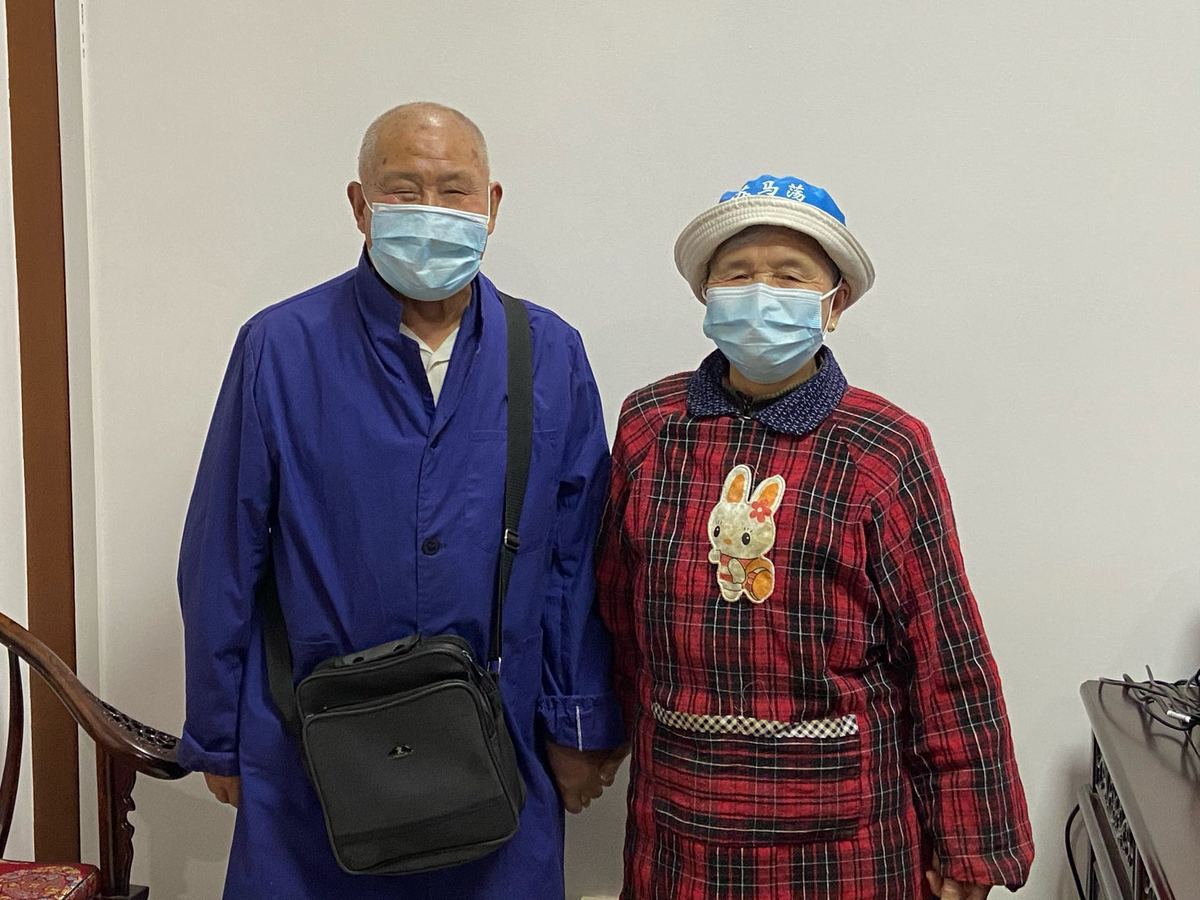 Married for 60 years, a couple from Wuhan, Hubei province, recovered from the novel coronavirus together thanks to the care of the medics and more importantly the support from each other.

"They held hands together when we took them downstairs for CT scans. They got through the tough time together. They are very much in love," said Yu Liping, a doctor from Wuhan Hospital of Traditional Chinese Medicine, who treated the couple. "Their love is very inspiring."

Fu Chunzhi, 79, and Li Hongsheng, 84, returned to the hospital to show their appreciation to the medics on Thursday.

On Feb 4, Fu started to cough and had fever. Two days later, Li also started to show similar symptoms. On Feb 7, CT scans showed that there were infections in their lungs. On Feb 13, they were admitted to the hospital for being highly suspected to have the novel coronavirus. Soon their cases were confirmed. 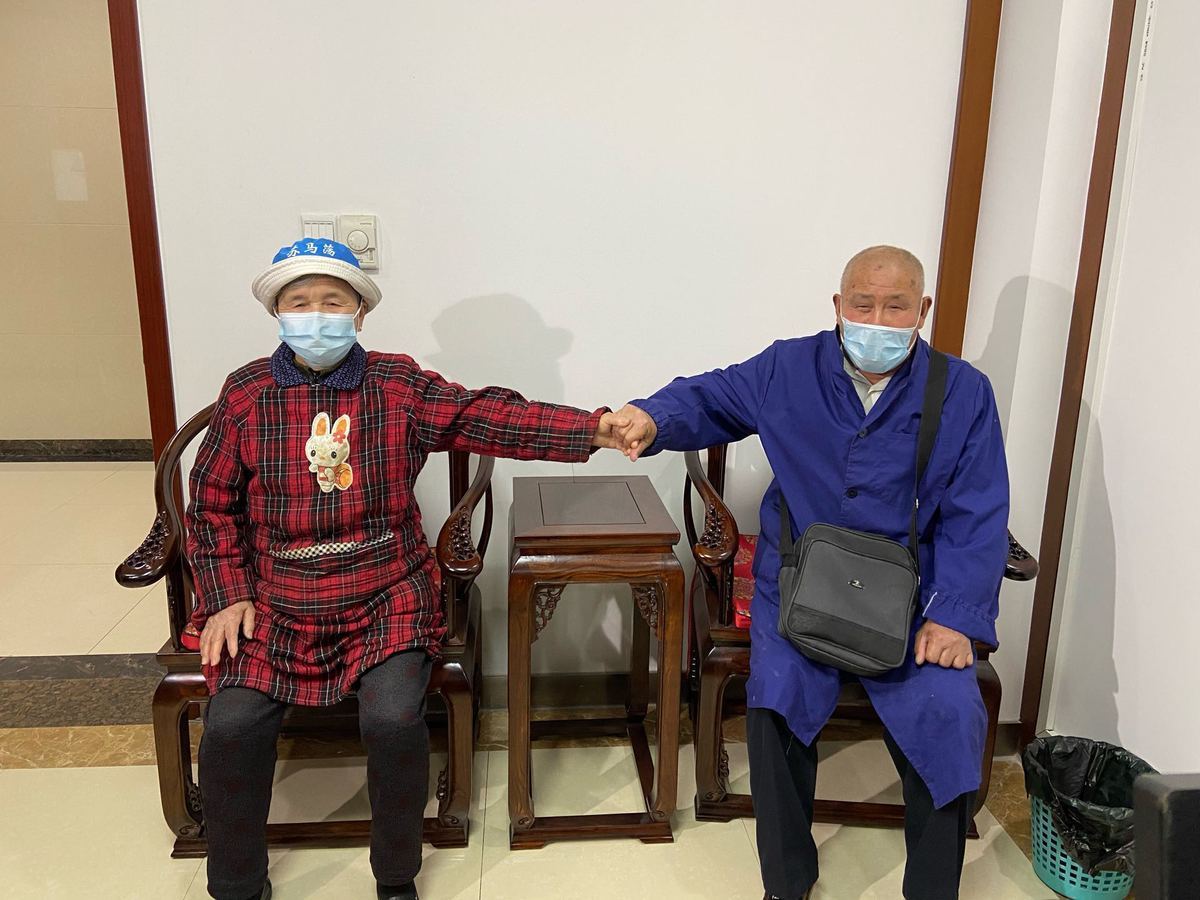 When the couple first arrived at the hospital, Fu's condition was more severe than Li. "Seeing my husband getting better next to me everyday really calmed me down and gave me hope," Fu said.

"We put them into the same ward so they could encourage each other and won't feel lonely," Yu said. "Also, they were able to share additional information about each other's health history with doctors."

The couple was afraid of the needles and didn't like to take the traditional Chinese medicines we gave them. The nurses had to be very patient to ease their stress, Yu said.

On Feb 24, the couple was discharged and they walked out of hospital while holding hands. Their life had returned to normal after finishing a14-day quarantine at home. "We received warm welcome from our neighbors. Seeing us fully recovered and still talking loudly cheered them up greatly," Fu said, laughing.