The old lady, surnamed Su, had no children. So, when her husband died, her neighbor Xu Huiming started to care for her. She was 62 years old then.

"There was no one there to look after her. If I didn't offer my hand, no one else will," Xu later told reporters.

Xu would go on to care for Su up until her death 30 years later, and that and quite a bit of money is what is at the heart of this extraordinary court case.

At the beginning of 2020, Xu learned from village authorities that Su had left behind millions yuan of compesation money when she died. Su's home was demolished for a public project and the compensating for her property was put in her name. As Su's relatives had named Xu her guardian with responsibility for her care some eight years earlier, he was about to come into a giant windfall – that is, until it was discovered that Xu was not a "natural" or blood-related heir.

In 2012, Xu and one of Su's nephews had agreed that Xu would stand all the expenses and responsibility for Su, who was checked into a nursing home at the time.

The two agreed that Xu would inherit all of the old woman's property, which at the time was only a life insurance policy, when she died. They then wrote it out on paper. Usually, that would have solved the matter immediately, except that neither man signed the document, and unsigned, the eight-year-old agreement had no legal power.

How it all began

Sometime after Su's husband died, Xu noticed that her home had fallen into disrepair and had visible cracks in the walls. Su had three brothers, one older and two younger than herself, but she was mostly alone. One of Su's younger brothers and her nephew would visit from time to time, but Xu still feared for her safety.

"Back when my father was still alive, we would both occasionally come see her," said the nephew. "We thought about moving her to where we live, but since it was very difficult to travel between the two places, and because we were also concerned about our different lifestyles, we eventually shelved the idea."

Unwilling to leave her alone in her endengared house, Xu discussed the matter with his family and later invited Su to move in. "We treated each other like family," he said.

Su would live with Xu's family for 18 years until his house gets demolished in 2008, and he and his family had to move. She was invited to go with them, but being more accustomed to life in the village, she found it difficult to adapt to the new environment. So, considering that Su knew more people there, Xu rented a house for her near the village. 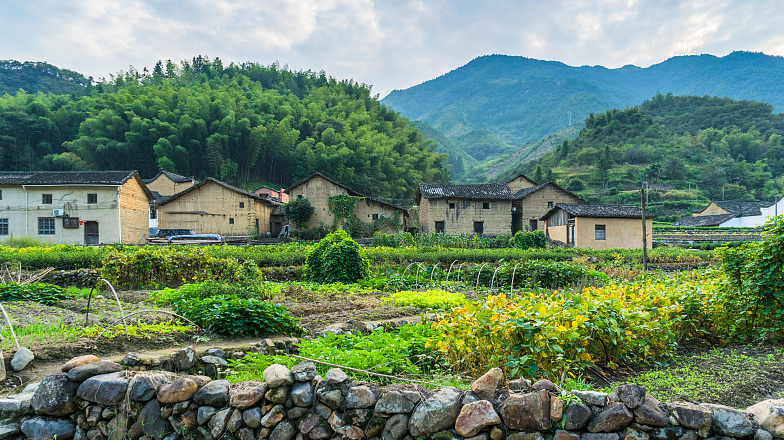 The frontal view of a village in China. (Photo:VCG)

How the agreement came about

Things progressed much in the same way with Xu taking care of Su until 2012, when then 87-year-old Su started to lose mobility in her legs. With her movement now impeded, Su would need 24/7 care. But having run into some financial difficulties, Xu was unable to offer his assistance. This dilemma drove him to turn to the village authority for help.

After the village authority made some calls, a place was found for Su in a nursing home where she could get the necessary care for the remainder of her life. But the less than 1,000 yuan monthly allowance Su was collecting from her social benefits package could not cover the cost at the nursing home. So, Xu stepped up to the plate once again, paying the difference out of pocket.

It was around this time that Xu and Su's nephew came to an understanding about her care.

In June 2017, the then 92-year-old Su was admitted to the hospital due to an abnormal renal function. She became fully incapable of managing herself, and Xu and his family assumed the responsibility of looking after her, guarding her in the hospital day and night for eight days.

When she died not long after, Xu handled both her funeral and cemetery arrangements. He had moved on with his life until three years later when he is informed about the money in Su's name and learns his agreement has no power in court. 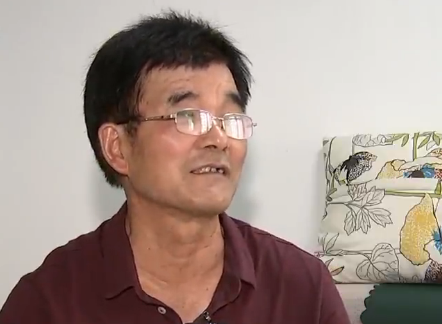 A visiting judge heard Xu's case, and both the villagers and Su's relatives testified to Xu's decades-long support of and care for Su.

"Xu had been meticulously looking after her for decades," villagers told reporters. "Su viewed him as her son and trusted him for everything."

Having found that Su's nephew had also displayed some filial piety to the elderly woman, the court allocated 15 percent of Su's estate to him. As for the remaining funds in the estate, the inheritance law also stipulates that inheritance that no one inherits or bequeaths shall belong to the state, and if the deceased was a member of a collective ownership organization before his or her death, it shall belong to the collective ownership organization. So, the remaining part of Su's estate is retained by the village, which decided to distribute the inheritance as welfare to the older village members during the holidays.

Legal experts believe that such mediation results conform to legal requirements and reflect the shared perception of the village collective.

A small case though, it has demonstrated a great sense of justice and it encourages neighbors to look after one another and conveys positive energy.