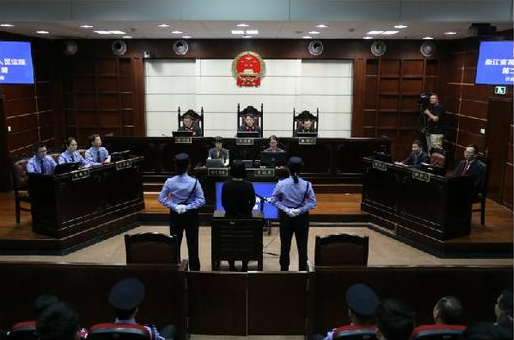 A higher court in Zhejiang Province denied on Monday an appeal filed by a woman over her death sentence for setting fire to a house that killed a mother and her three children in 2017.

Mo was sentenced to death on February 9, but appealed the court's decision. The Zhejiang High People's Court heard her appeal on May 17.

Mo was the former nanny of the family of Lin Shengbin and Zhu Xiaozhen. The Hangzhou Intermediate People's Court said Mo set fire to Lin and Zhu's apartment in Hangzhou on June 22, 2017, killing Zhu and their three children.

The court said Mo was addicted to gambling and had accumulated debt. She started working for Lin and Zhu in September 2016. From March 2017 to June 2017, she stole jewelry and watches from the family worth more than 180,000 yuan. She also borrowed 114,000 yuan from Zhu to "purchase a house."  She lost the money to gambling.

On June 22, 2017, Mo tried to further win Zhu's trust by lighting a fire and putting it out. However, the fire quickly spread, and Zhu and her three children died of carbon monoxide poisoning. The fire also caused damage worth 2.6 million yuan (410,000 US dollars).

Mo escaped and called the police.

She was also found guilty of theft and fined 10,000 yuan.

(Xinhua contributed to the story)