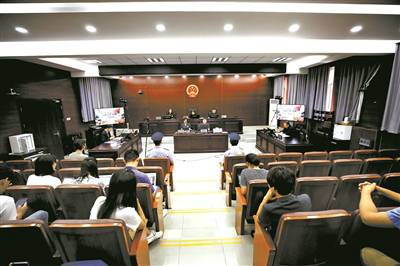 A lawsuit filed by a female college student against the Harbin Railway Bureau for allowing passengers to smoke on trains has come to an end and will now prohibit smoking and the sale of cigarettes on the K1301 line, according to Huanqiu’s report.

Court officials have given train authorities 30 days to comply with the new regulations, according to China.com.

On Tuesday, Beijing’s Railway Transportation Court issued a ruling on the lawsuit filed by the college passenger, surnamed Li, who sued the train line after she had been forced to endure second-hand smoke while traveling from Beijing to Tianjin. The lawsuit is recognized as the first nationwide smoke-free case to be heard in China’s courts.

Li said the entire carriage where she was sitting was filled with cigarette smoke and that both passengers and the train’s conductors were smoking.

“In fact, the safety sign clearly states smoking is prohibited anywhere on the train,” Li said. “Thus, it is not reasonable to still have smoking areas and ashtrays set up on the train”.

After filling a series of complaints but receiving no useful response, Li decided to sue. She demanded compensation for her ticket, valued 102 yuan (roughly $13), and 1 yuan for her mental anguish.

Li also requested a strict enforcement of the smoking ban on the K1301 train and the removal of all smoking areas and ashtrays on the carriage. In court Harbin Railway Bureau argued that it is not realistic to ban smoking on slow-speed trains, like the K1301, because some trips last more than a day. They argued that some passengers will start smoking in non-smoking carriages, so the train line still allows for a smoking section for the benefit of all passengers.

“Setting up the smoking areas are more of a humane management tactic rather than a violation of law,” a Harbin Railway Bureau representative said at the trial.

Harbin Railway Bureau also considered the case a dispute of carrier contractual obligations in the name of a public interest lawsuit, therefore, requested the court to dismiss Li’s case.

In the verdict, the court found that the company’s behavior of setting up smoking areas and ashtrays can affect the physical health and travel experience of their passengers. Additionally, it is not consistent with the general regulations of the railway safety.

As a result, the court requested the dismantlement of all smoking areas and ashtrays on train K1301. The court will also allow alternatives, such as covering or blocking the ashtrays, as a consideration toward the economic cost to physically remove all the smoking equipment.

The court denied all of Li’s other requests.