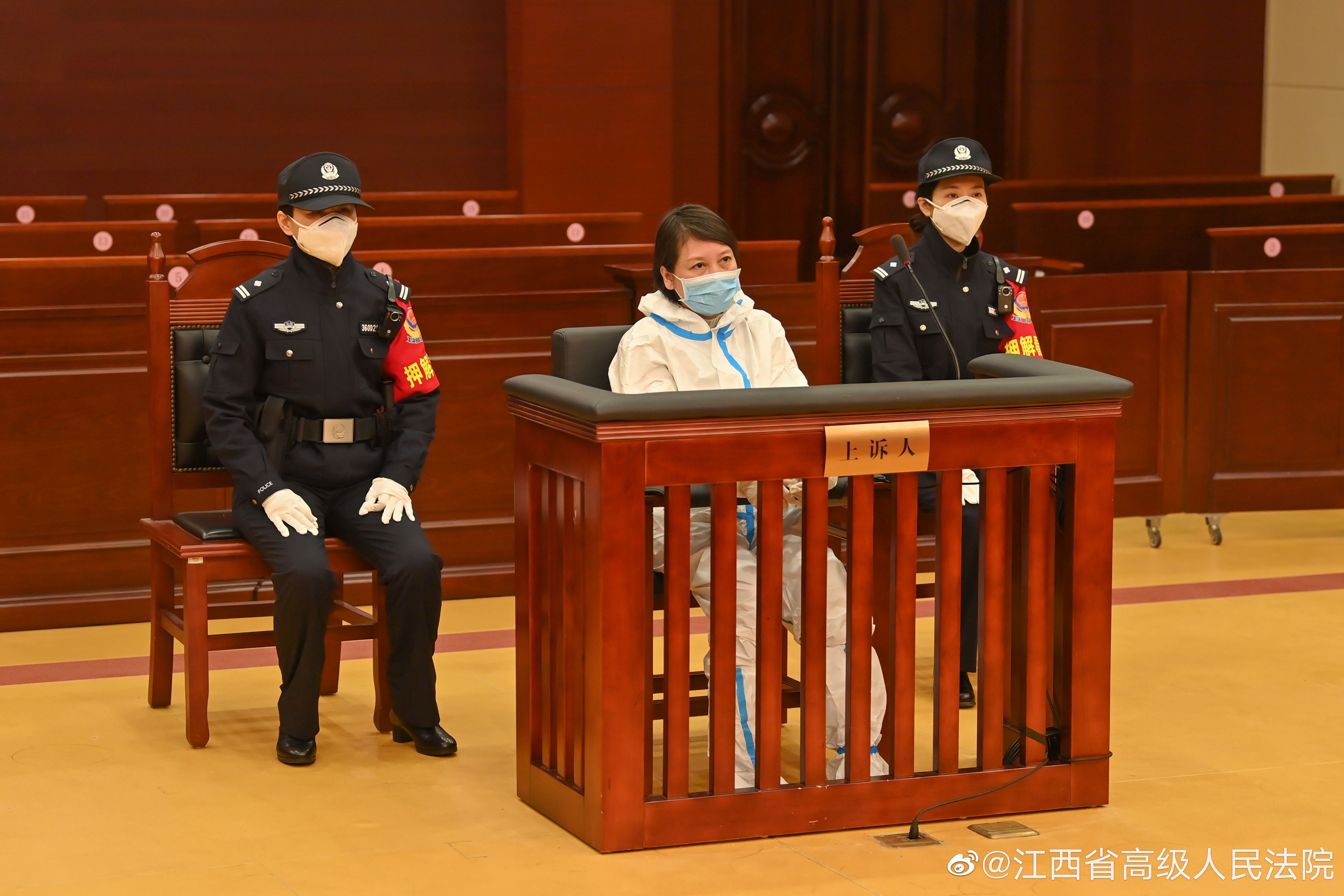 NANCHANG, Nov. 30 (Xinhua) -- A Chinese court Wednesday upheld the death sentence for Lao Rongzhi, a woman who was convicted of murder, robbery and abduction.

The Higher People's Court of east China's Jiangxi Province announced the verdict after completing the second instance trial of the case in August. It will submit it to the Supreme People's Court for approval, said the court in a statement.

In September 2021, the Nanchang Intermediate People's Court in Jiangxi Province sentenced Lao to death for conspiring with her then-boyfriend in committing several robberies, abductions and murders in four provinces during 1996-1999. Seven people died as a result of these crimes. Lao later appealed the verdict.

According to the statement, the court rejected the appeal because it found that Lao was a conscious participant and a principal criminal in the crimes, and actively engaged in seducing, restraining and threatening victims and other criminal activities.

These facts contradicted Lao's claims that she was an accomplice and was reluctant to commit the crimes, said the statement. The conviction was accurate and the sentence was appropriate, while the trial followed due procedures, it added.

During the appeal trial, the court fully guaranteed the litigation rights of the defendant and her lawyer. More than 60 people, including relatives of litigants, lawmakers, political advisors, journalists and members of the public, observed the proceedings.

Lao was arrested in November 2019 after being on the run for some 20 years using pseudonyms.