CHINA Courts getting to grips with Civil Code

Courts getting to grips with Civil Code 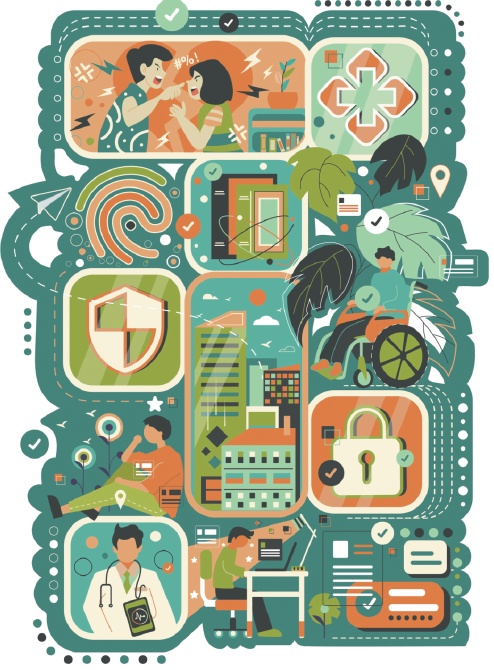 How much should a man pay his ex-wife for home chores in their divorce settlement?

Last month, Fangshan District People's Court in Beijing ordered a defendant to pay his ex-wife that amount as compensation for the housework she did during their five-year marriage.

It was the first verdict the Fangshan court had made with reference to a new legal provision－compensation for unpaid domestic duties－under the Civil Code, which took effect on Jan 1.

According to the code, a spouse is entitled to seek compensation in a divorce if he or she bore greater responsibility for raising children, caring for elderly relatives or assisting their partner's work.

Moreover, the courts should decide the amount if the two sides are unable to agree on a figure.

Media reports on the landmark ruling generated great public interest, especially after a hashtag was created on Sina Weibo, China's Twitter-like service. By Wednesday, the hashtag had been viewed 610 million times.

Meanwhile, courts nationwide have referred to the code to resolve several other civil disputes related to people's lives and work. These cases have also attracted widespread attention.

On Jan 4, Chaoyang District People's Court in Beijing heard a dispute related to a sporting injury suffered on April 28. The plaintiff, surnamed Song, had applied for compensation of 8,000 yuan from his badminton partner, surnamed Zhou.

The 74-year-old made the claim to cover medical bills and nursing fees after his right eye was injured when Zhou fired the shuttlecock at him during a game.

However, the court dismissed Song's claim because the Civil Code stipulates the application of voluntary acceptance of risk in sporting and recreational activities.

It was the first ruling the Chaoyang court had made in light of the code, and as such it attracted more than 26.4 million views on Weibo.

Wang Yi, president of the Law School at Renmin University of China, welcomed the attention these cases have generated.

"It means the code is close to people's lives and work, and truly merits the nickname 'an encyclopedia of social life'," he said. "In other words, the code, a comprehensive law that refines rules for protecting civil rights, has started to influence all aspects of our lives."

In Wang's opinion, the code will be a hot topic at this year's two sessions－the annual meetings of the National People's Congress and the National Committee of the Chinese People's Political Consultative Conference－as many legislators and political advisers will want to know if the law they approved last year is working effectively.

Some rulings have triggered heated discussions, which Wang said would help promote the code to more people and lead to better implementation of the law.

In the Fangshan divorce case, the woman demanded restitution of about 160,000 yuan from her husband because he had barely done any domestic chores during their marriage.

After investigations and the case hearing, the court granted the couple a divorce and split their family properties equally. The woman was awarded custody of their son, while the man was ordered to pay child maintenance of 2,000 yuan a month.

Given that the code clarifies compensation for housework, which constitutes an intangible property asset, the court accepted the woman's claim, according to Feng Miao, the presiding judge.

However, the code does not specify the exact amount of compensation, "so it depends on the specific circumstances in each case", Feng said.

She added that she decided on 50,000 yuan after considering many things, such as the fact that the woman performed almost all such chores throughout the marriage, plus her ex-husband's income and the local cost of living.

The 50,000 yuan quickly aroused debate online, with comments ranging from praise for hard-won recognition to complaints that the sum was too small to cover the woman's years of work.

Long Jun, an associate professor of law at Tsinghua University, told China Central Television that he supports compensation for housework.

He said a spouse who works outside the family home can benefit from the resources, connections and status they gain from employment, while those who toil at home will face difficulties when they seek employment in the wake of a divorce. That means homemakers pay a hidden cost, additional to the efforts they made during marriage, he added.

Last month, Yang Xiaolin, a lawyer with the Beijing Tiantai Law Firm who specializes in marital disputes, told Beijing News that the code gives additional protection to spouses who do the lion's share of domestic chores.

He said the amount of compensation relates mainly to the time or energy expended on housework, and the educational or career opportunities the applicant sacrificed while performing the chores.

The badminton case also attracted widespread attention, with some netizens commenting that the rejection was unfair to Song.

In response, Guo Tiantian, the presiding judge, said Song was an experienced badminton player, and as such he should have been fully aware of the risks inherent in the game, which he played voluntarily. This factor led him to reject Song's claim.

With relation to Zhou, Guo explained that it is hard for people to fulfill a duty of care when taking part in sporting activities. Moreover, evidence showed that no obvious rule violations had been committed when Zhou hit the shuttlecock.

The Civil Code makes it clear that participants in athletic activities will only be held liable if they injure opponents intentionally or through gross negligence, according to the judge.

"If every player asked for payment from other participants after getting injured, it would be difficult to promote healthy and orderly sports that involve bodily contact and have the potential for disputes, such as basketball, volleyball and soccer," she said.

Guo added that the code will contribute to the promotion of a general standard in similar cases across the country.

In her view, such a timely response to people's concerns and the interpretation of verdicts is crucial "because it will help more people understand the code and tell them how to protect their rights under the law".

Qin Shuo, a judge at Haidian People's Court in Beijing, agreed with Guo. She said it is impossible for residents to read the 1,260-article code, "therefore, popularizing this important law on a case-by-case approach, is the best way (to familiarize people with it), I believe".

The code was passed by the NPC, the top legislative body, on May 28.

It was the first law to include the word "code" in its title since the founding of the People's Republic of China in 1949, and it is milestone legislation in advancing the rule of law and improving the socialist system of laws with Chinese characteristics, according to Li Zhanshu, chairman of the NPC Standing Committee.

As a key legal instrument to protect civil rights, the code consists of the General Provisions and six other sections that cover property, contracts, personality rights, marriage and family, inheritance and torts.

Soon after the code was adopted, Qin's division in the court, which hears cases related to juveniles, took the initiative to introduce the code in certain cases. "We wanted to gain experience of its implementation and help improve people's legal awareness," she said.

For example, the code has lowered the age of civil responsibility to 8 from 10, so the judge canvassed the views of a 9-year-old girl whose parents were engaged in a custody battle.

Qin has also paid attention to cases resolved by other courts in line with the code, including some related to dropping or throwing objects from tall buildings and financial loan contracts.

"The law will further affect people's lives as more cases emerge," she said.

Fu Yuhang, an NPC deputy from Sichuan province, said that when she attends the NPC's annual session－which is scheduled to open on Friday－she will focus on the implementation of the code, especially on how the courts protect personal information and fight online rumors.

Li Zongsheng, an NPC deputy from Liaoning province, said: "The law's implementation is just beginning, and more queries will appear in its application. That will require us to solve them by improving the code or via judicial interpretations and supporting measures."

Wang, from Renmin University of China, agreed. "The code is the foundation of our civil legal system, which means those making and amending more civil laws will use it as a point of reference," he said.

"Discussion of the code and its implementation will continue."