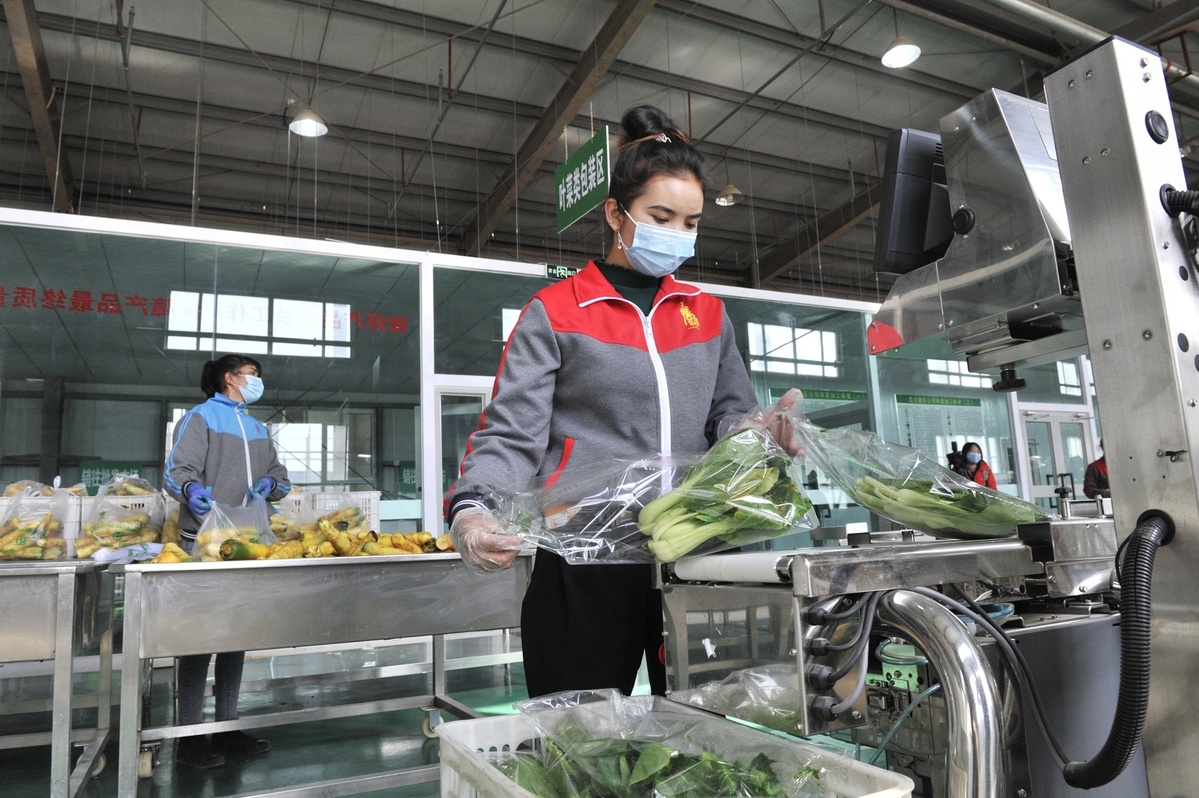 Asymptomatic carriers of COVID-19 rose by 26 to a total of 164 as of 4 pm on Monday in the Kashgar prefecture of the Xinjiang Uygur autonomous region, and no new confirmed cases were detected, the local government said on Monday evening. Asymptomatic cases are placed in a different category from confirmed cases, in which symptoms are present.

All of the 26 new symptom-free cases, detected in the 24 hours prior to 4 pm, were found among close contacts of people who tested positive over the weekend in Shufu county, according to Wang Xijiang, deputy director of Kashgar's disease control and prevention center, who spoke at a news conference.

"The reason that all reported cases are asymptomatic carriers of the virus as of now is that we have launched prompt and timely tests to detect patients earlier. Since these patients are at an early stage of infection, they exhibit no symptoms," Wang said.

Starting at midnight on Sunday, four areas in Shufu were identified as high-risk areas for the virus' spread, and risk levels in other townships or villages in Shufu were upgraded to medium, according to the local disease control command center.

Kashgar launched a mass testing program covering its entire 4.75 million population following the detection of a 17-year-old girl in Shufu county who tested positive for the virus on Saturday during a routine check. The girl has shown no symptoms.

As of 4 pm on Monday, about 4.47 million samples had been collected and over 2.13 million test results returned, Wang said. All positive test results were traced to residents in Shufu where the first case was registered, and results from other areas in Kashgar were negative, he added.

Wang said the local government will make sure to complete testing by Tuesday and will step up efforts in epidemiologic investigation, delivering science-based treatment and ensuring sufficient medical supplies.

Kashgar has increased its daily testing capability by 610,000 people thanks to medical assistance from other parts of Xinjiang, Wang said.

Asat Ulayim, a Kashgar government official, said that the 164 asymptomatic cases are "closely linked" to a Shufu factory where the 17-year-old's parents work.

An epidemiologic investigation team has been set up under the guidance of the State Council and the regional government to look into the infections' source, he added.