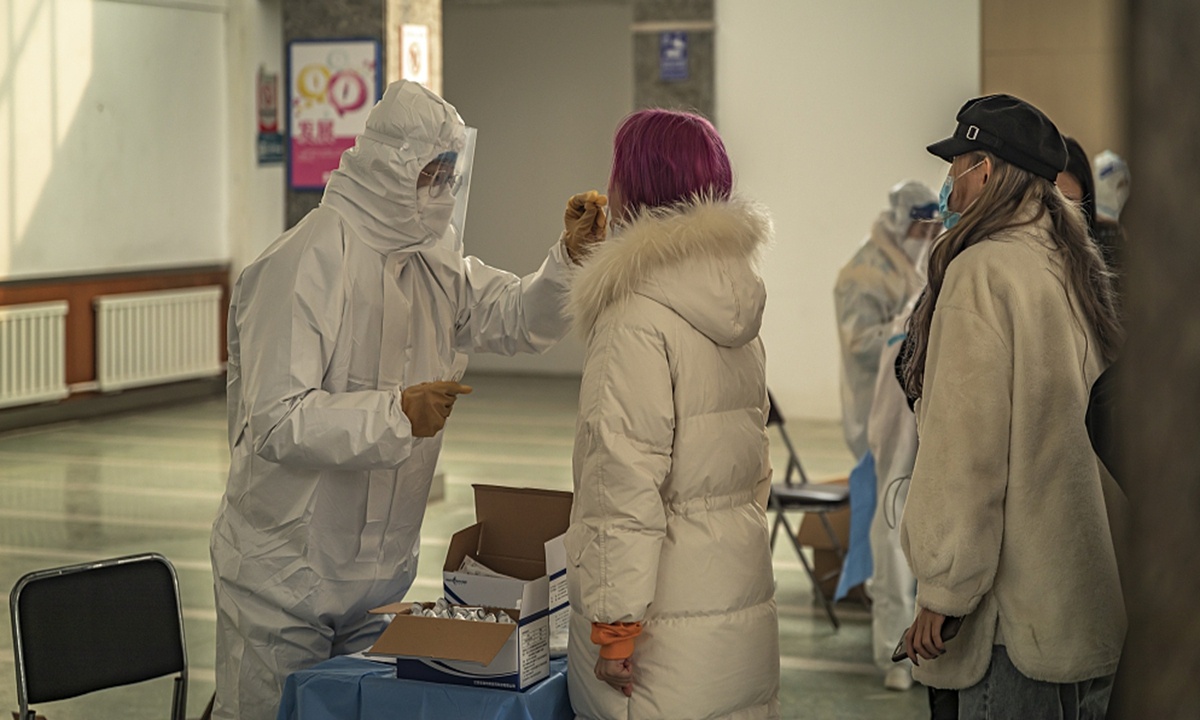 It took more than four rounds of nucleic acid tests – which are considered as the most accurate and convenient way to determine novel coronavirus infection in the global COVID-19 pandemic fight, for 24 out of 82 confirmed local infection cases reported since December 15 in Dalian, Northeast China’s Liaoning Province.

Thirty one of the 82 infection cases were asymptomatic virus carriers, and even the eventual confirmed COVID-19 cases in the port city’s latest round of epidemic outbreak since mid-December did not develop obvious symptoms at the early stage, said Meng Jun, a deputy director of the Dalian Center for Disease Control and Prevention (CDC), at a press conference on Thursday.

The incubation period for more than 10 cases in Dalian lasted more than seven days and even 10 days for some, Meng said.

The Dalian CDC concluded that such traits showed that the virus spread for this round of epidemic outbreak could have started before December 15 when the first confirmed case was reported.

And a high percentage of asymptomatic cases has led to a prolonged duration for this local epidemic.

Such trend led to questions whether the local epidemic situation could indicate the COVID-19 virus has become more covert, and therefore more difficult to detect or prevent.

Yang Zhanqiu, a deputy director of the pathogen biology department at Wuhan University, told the Global Times on Thursday, the epidemic situation in the Dalian turned out to be in line with our understanding of the COVID-19, and the incubation period is around five days, and around fortnight for others.

Yang and other public health experts reached by the Global Times on Thursday did not find anything suspicious or odd with the trend of infections in Dalian.

Statistics suggested that the incubation period under 14 days is within the normal range, and seven days or 10 days should not be considered “too long” before the virus is detected, Wang Guangfa, a respiratory expert at Peking University First Hospital, told the Global Times on Thursday.

Wang said that the situation may be caused by the quality of samples collected and the condition of the patients.

Yang said the virus needs time to develop to an extent that it could show positive results in nucleic acid testing, and the immunity system of the carriers could also reverse the results.

Yang believes that the number of positive result-holders should be only the tip of the iceberg, and what is underneath is the majority of silent carriers.

However, the Wuhan expert noted that since the carriers did not develop symptoms, the amount of virus they are carrying is unlikely to infect others, nor lead to community spread.

It is still the most efficient way to determine infections in epidemic prevention by conducting nucleic acid tests to close contacts of confirmed cases once every five to seven days, Yang noted.