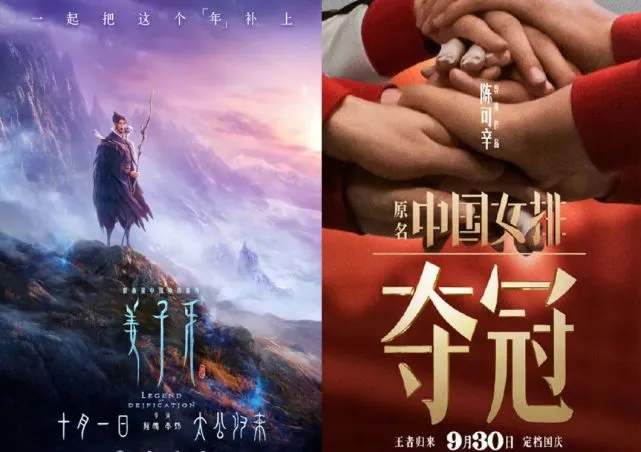 Two Chinese films initially scheduled for January – “Leap” and “Legend of Deification” – will hit cinemas during the National Day holiday.

The two films were originally aimed at the Spring Festival holiday market, but were forced to withdraw as cinemas shut down due to the COVID-19 pandemic. As the cinemas reopen nationwide, the films are returning to the big screen.

After 206 days of waiting, “Leap”, a story based on the experience of the Chinese women’s volleyball team, announced its official release date on September 30, a day before the Chinese National Day.

“I had the most insufferable days in the last seven months during my 30-year career. But the spirit and faith of the Chinese women’s volleyball team has supported me to this day. Thank you to the Chinese volleyball girls. Your stories provide me with a lot of energy to complete this glorious task”,  the film’s director, Peter Ho-sun Chan, said on Weibo, a Chinese microblogging platform.

“Legend of Deification” was another movie scheduled for the 2020 Spring Festival holiday. The animated film was produced by the same studio as the 2019 blockbuster, “Ne Zha.”

The film announces its release on October 1– the start of Chinese National Day. The official blog said the movie will be “released on National Day to make up for the lost New Year.”

The National Day holiday is a peak season for the movie industry. In addition to the two movies, several other films are scheduled for release during the seven-day holiday, including the highly-anticipated productions “My Hometown and I” and “Coffee or Tea.”