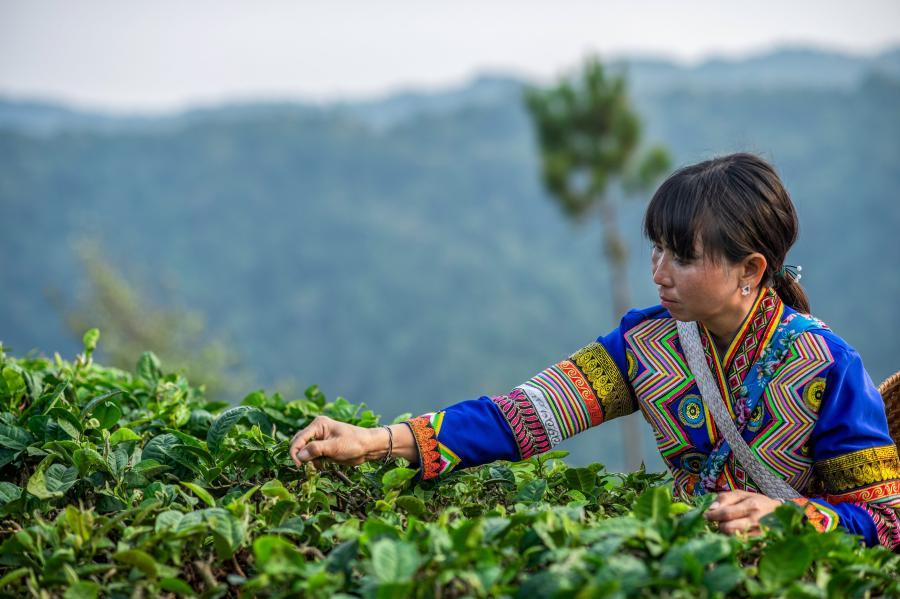 Despite the COVID-19 pandemic exerting some impact on the country's poverty alleviation efforts, China will address the challenges and prevent the reoccurrence of poverty to those who have been lifted out of destitution, a senior official said.

Liu Yongfu, head of the State Council Leading Group Office of Poverty Alleviation and Development, said at a news conference on Monday that those who are prone to be stricken by poverty are clearly registered and the government will take measures to help them.

Due to the effect from the pandemic, many people from poverty-stricken families failed to go out for work as they previously did after the Lantern Festival, which fell on Feb 8 this year.

"As of the end of February, the number of such people who managed to go out of their hometown for work was only 40 percent of records in previous years," Liu said at a news conference organized by the State Council Information Office on Monday.

He said, however, following consistent efforts by the government, the number has now reached 95 percent, almost the level for the same time last year.

While it's impossible to make up for their losses in wages as migrant workers, the government has managed to ensure the supply of farming materials needed in spring plowing in spite of difficulties caused by the epidemic, he continued.

"Our monitoring finds that a very small number of people fell back into poverty (during the time), but that occurred not because of the epidemic. Some happened because of other disasters or diseases," Liu noted.

He said his office "is clearly aware of" the people who may fall back into poverty and those on the brink of poverty and will take measures to help them.

The office has identified another 380,000 people prone to be stricken by or fall back into poverty so far this year. These people, together with the multiple millions of people found last year, have been included in the office's monitoring, he said.

He said his office will offer these people public welfare posts and develop some industries in their home areas to help them.

"The epidemic exerted some effects, but we will be able to address the challenges by rolling out some measures," he said.