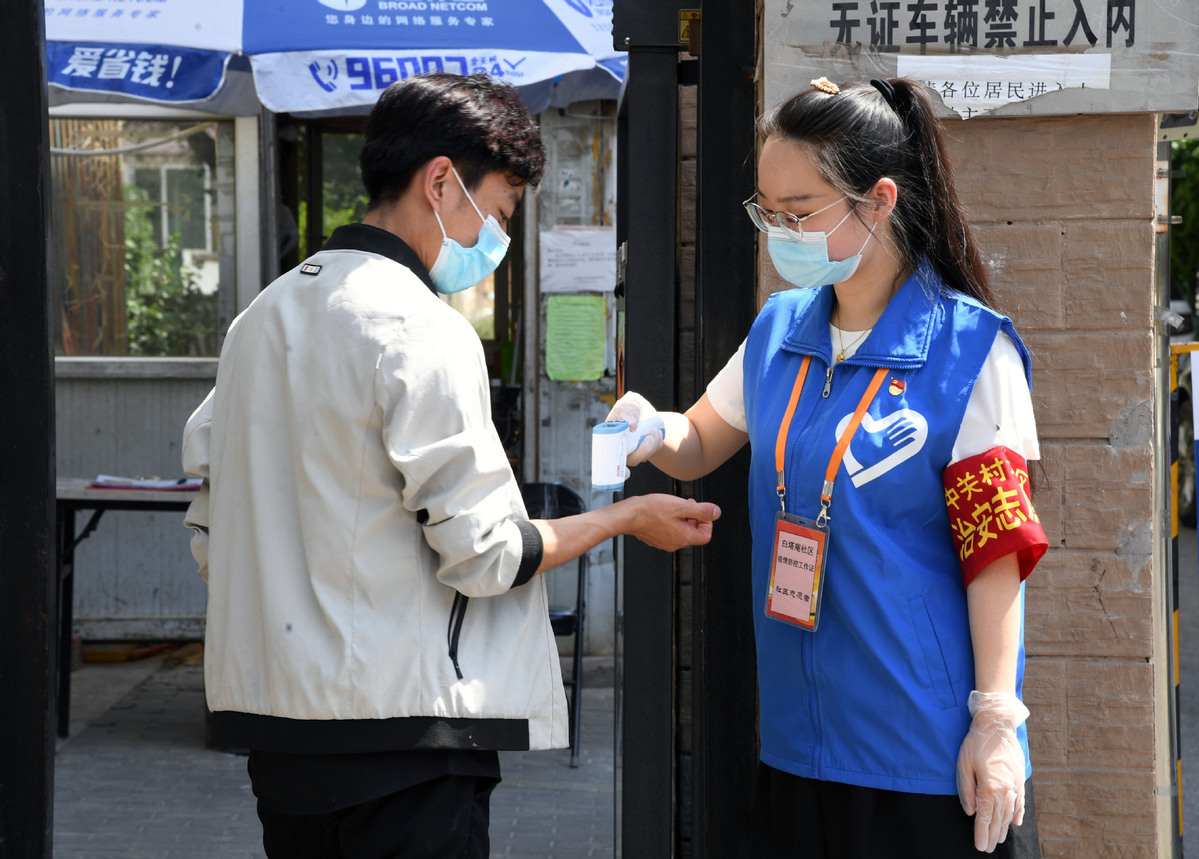 Residents in Beijing's low-risk areas no longer need to have negative nucleic acid test results when leaving the city starting on Saturday, as the capital has contained the spread of the recent cluster of infections, a senior municipal official said on Friday.

"The daily number of new confirmed cases in the city is falling from 36 at the peak to current single digits," said Pan Xuhong, deputy director of the municipal public security bureau. "The number of new reported cases has stayed at a low level."

"Very few cases were found via mass screening, while most of the cases were under epidemic control measures," he said. "Based on this, we will continue the strict virus control and prevention measures for people in the high-and medium-risk areas, but no longer require test results for people in low-risk areas."

Beijing reported two new cases on Thursday, bringing the total number of confirmed cases to 331 since the city found the first case of the cluster on June 11.

On June 16, Beijing raised its public health emergency response from the third to the second level due to the new cluster of local COVID-19 infections, and the number of confirmed cases exceeded 100 in just five days.

Starting June 17, residents in medium-and high-risk areas, as well as those connected to Xinfadi market, have been required not to leave Beijing. Others who have to leave the city should have negative nucleic acid test results no older than seven days.

According to Xu Hejian, spokesman for the municipal government, another three patients were discharged from hospital on Thursday, bringing the total recovered cases to seven.

"Beijing has reported new local cases in the single digits for five days in a row," Xu said. "More patients will recover gradually."

On Thursday afternoon, a video went viral of a young woman crying on the phone in a mall after she was told her test result was positive.

She was proved to be an asymptomatic case, said Pang Xinghuo, deputy head of the Beijing Center for Disease Control and Prevention on Friday.

The woman, surnamed Xie, 24, received her test result by phone at 12:50 pm while she was in a shopping mall in the Shijingshan district.

She had been to Xinfadi wholesale market for a short time on June 14, but received negative test results on June 15, 19 and July 1.

She completed the quarantine at home on June 29, but during the quarantine she went to several hospitals due to a miscarriage and follow-up medical treatment.

On Wednesday, she had her fourth test at China-Japan Friendship Hospital and received the positive result the following day.

By 2 pm Friday, the authority had traced 204 of her close contacts, who have all been required to quarantine for medical observation, according to Pang.