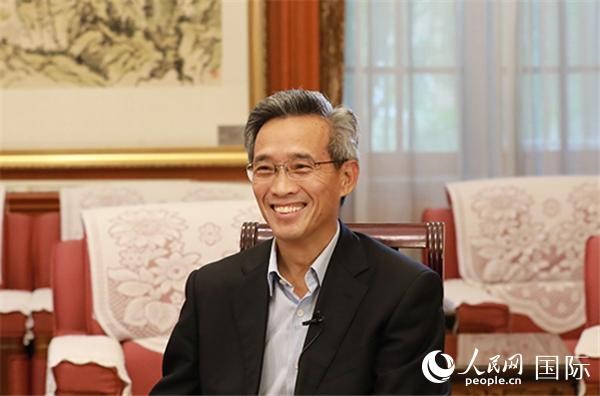 Global cooperation is the only productive choice in the fight against the raging COVID-19 pandemic, a war between human beings and nature, Lin noted, adding that the people-to-people diplomacy between sister cities is vital to form joint efforts in fighting the pandemic with the international community.

Since the coronavirus outbreak, over 160 foreign cities, more than 80 countries, as well as friendship organizations and foreign friends, have immediately sent written or oral messages to express sympathy to China, donated money and supplies, and provided valuable support for the country’s victory over the disease, Lin added.

As COVID-19 continues to ravage the rest of the world, a slew of China’s local governments immediately expressed sympathy to their sister cities and offered timely aid to them, assisting them in purchasing huge amounts of medical supplies in China, sharing anti-pandemic experiences through video conferences and dispatching medical teams, according to Lin.

The CPAFFC, as an organization engaged in people-to-people diplomacy, has actively mobilized Chinese local governments, enterprises, social organizations and individuals to provide anti-pandemic supplies for the international community, said the president.

Lin added that the organization has also assisted some countries in coordinating with Chinese medical manufacturers, and collected donations from Chinese private enterprises and social organizations to countries including the United States, Japan, South Korea and those in Europe.

By harnessing its advantages in various entities, people-to-people diplomacy serves as a bridge between the Chinese people and people of other countries in their joint efforts to defeat the pandemic, indicating their close ties and unity in times of need, said Lin.

Besides, Lin, who is also the former Chinese Ambassador to South Africa, refuted the so-called “new colonialism” theory and debt trap allegation some Western media and politicians have been creating to smear China-Africa cooperation in recent years, attempting to drive a wedge between China and African countries.

They are not willing to help Africa achieve independent and sustainable development, but are afraid that China will manage to do so and that its image may improve among the continent, the former ambassador said.

The West attacking China in Africa is obviously a wrong move, as the people of Africa can feel the tangible benefits from the mutually beneficial cooperation, with the ability to visualize their national development prospects for the future, Lin added.

The CPAFFC commits itself to the mission of leading people-to-people diplomacy, serving as the mainstay in public diplomacy and promoting exchanges between Chinese and foreign local governments.