BEIJING, July 22 (Xinhua) -- The Organization Department of the Communist Party of China (CPC) Central Committee has allocated a specialized fund of 20 million yuan ($3.1 million) to Henan for flood control and disaster relief in the central Chinese province. 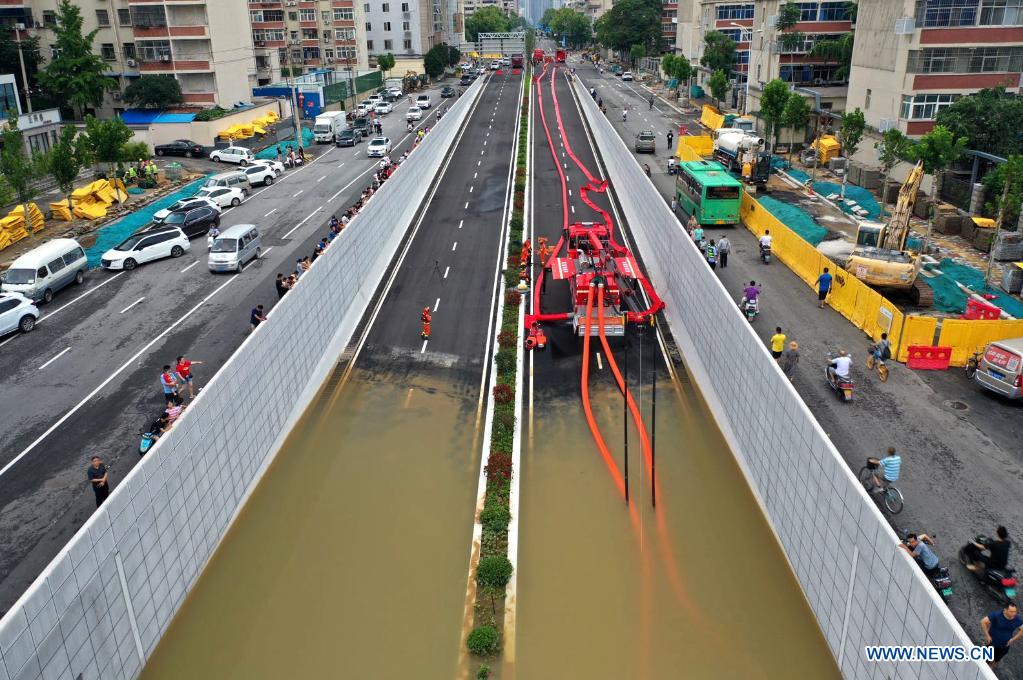 In this aerial photo, firefighters pump rainwater out of a road in Zhengzhou, capital of Central China's Henan Province, July 21, 2021. (Photo: Xinhua)

The fund comes from Party fees collected from CPC members and administered by the department on behalf of the CPC Central Committee, the department said in a statement.

The department demanded that Party organizations at all levels in Henan and other disaster-hit regions mobilize CPC members and officials to play an exemplary role, go to the front line of flood-control, disaster relief and reconstruction work, and ensure safety of life and property.

The specialized fund will mainly be used to support Party members, officials, and people fighting on the front line of flood control and disaster relief, as well as CPC members and people facing difficulties due to the floods.