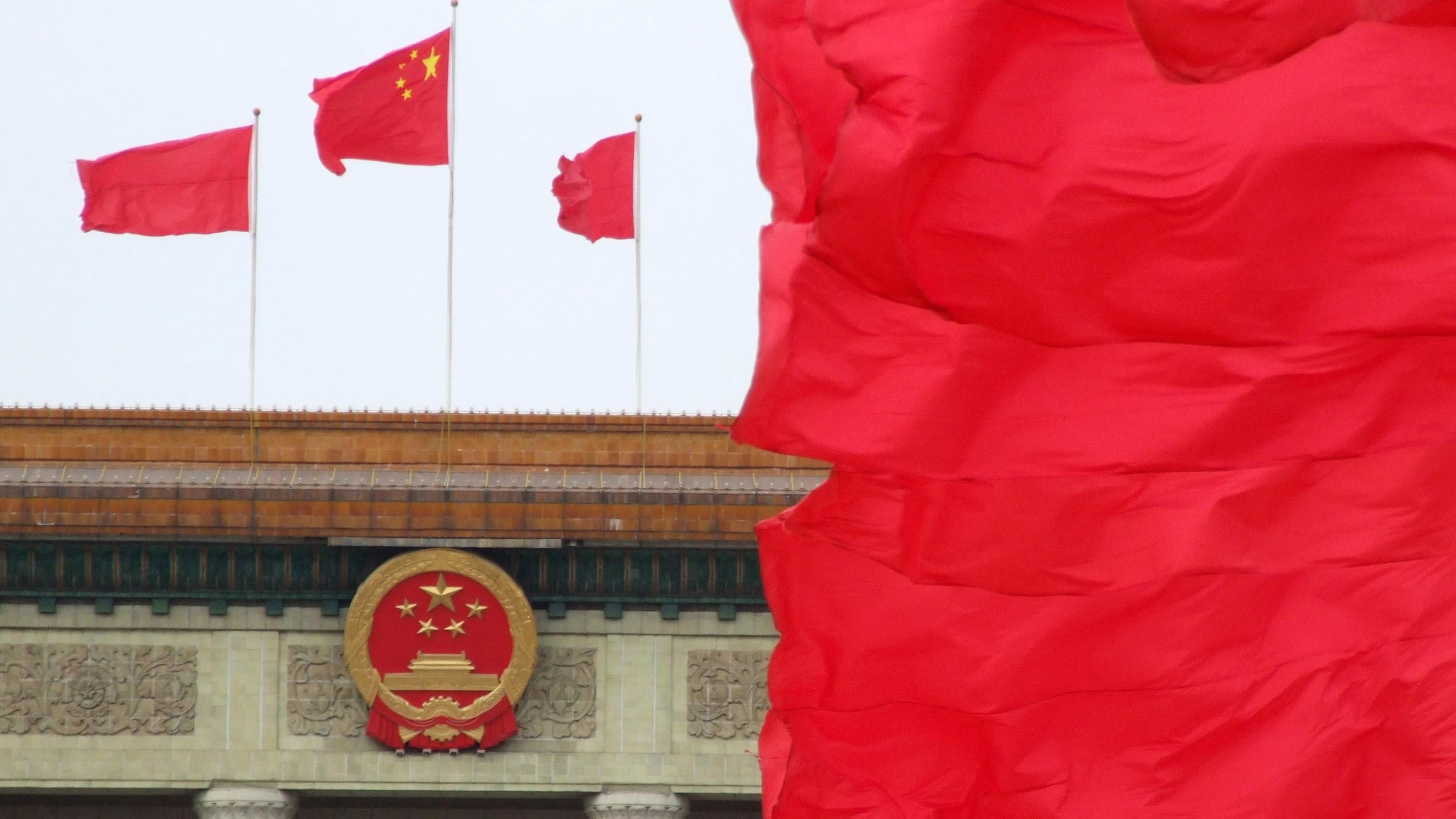 Since the 12th congress, the CPV Central Committee headed by General Secretary Nguyen Phu Trong has attached importance to strengthening party building and made a series of achievements in leading the Vietnamese people to advance its cause of socialist construction and innovation, said the message.

In the face of the COVID-19 pandemic, the CPV Central Committee has played a strong leading role, effectively prevented and controlled the pandemic, maintained economic growth and improved people's lives, demonstrating the advantages of the socialist system, about which the CPC Central Committee feels a sincere pleasure, said the message.

The 13th National Congress of the CPV is an important convention concerning the development of various undertakings of the party and the country. It is also a major political event for both the party and the Vietnamese people, the message added. 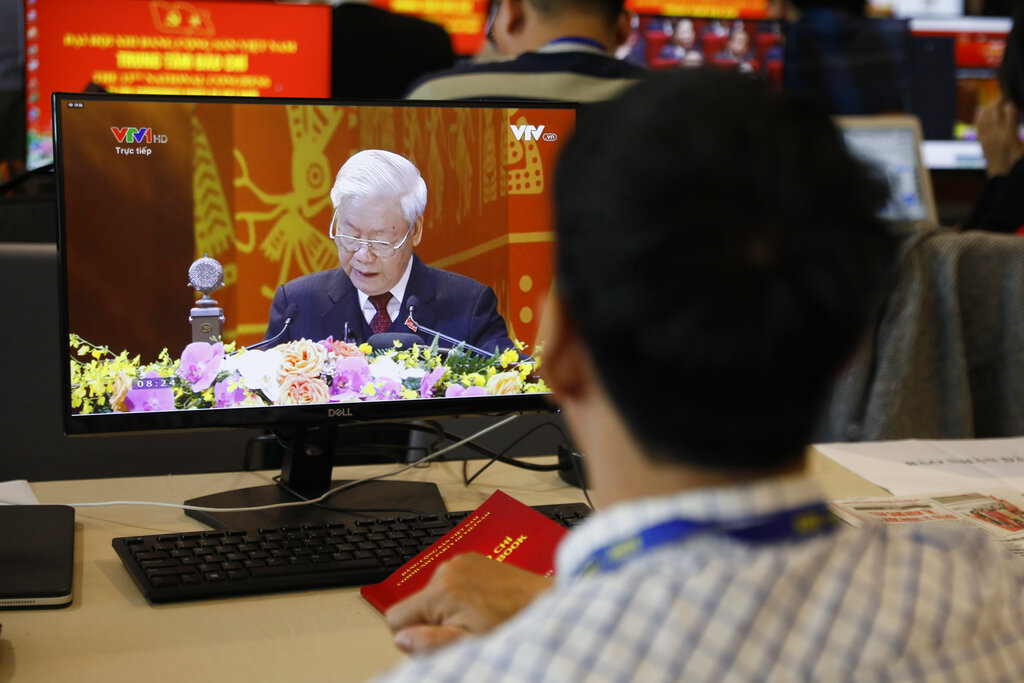 A journalist sitting at the media center watches Nguyen Phu Trong, general secretary of the Communist Party of Vietnam delivering a speech, on screen, during the opening ceremony of the 13th National Congress of Vietnam's Communist Party (VCP), in Hanoi, Vietnam on Tuesday, Jan. 26, 2021. (Photo: AP)

The congress, the message said, bears significance as it will set the national development goals as well as the implementation strategies at a time when the party and the country celebrate their respective centenaries, and kick off Vietnam's new march towards the modernization of the socialist country.

It said the CPC and the Chinese government attach great importance to the relations between the two parties and between the two countries, and are willing to work together with Vietnam, under the guidance of the principles of "long-term stability, future orientation, good-neighborly friendship and all-round cooperation" as well as the spirit of "good neighbors, good friends, good comrades and good partners," to inherit and carry forward the traditional friendship created and carefully nurtured by the older generation of leaders of both nations.

The CPC and the Chinese government also stand ready to work with Vietnam to well implement the significant consensuses reached by the top leaders of both parties and the two countries, and promote the China-Vietnam comprehensive strategic cooperative partnership to continuously achieve new developments, so as to better benefit both countries and their people, and make new contributions to regional peace, stability, development and prosperity, it said.