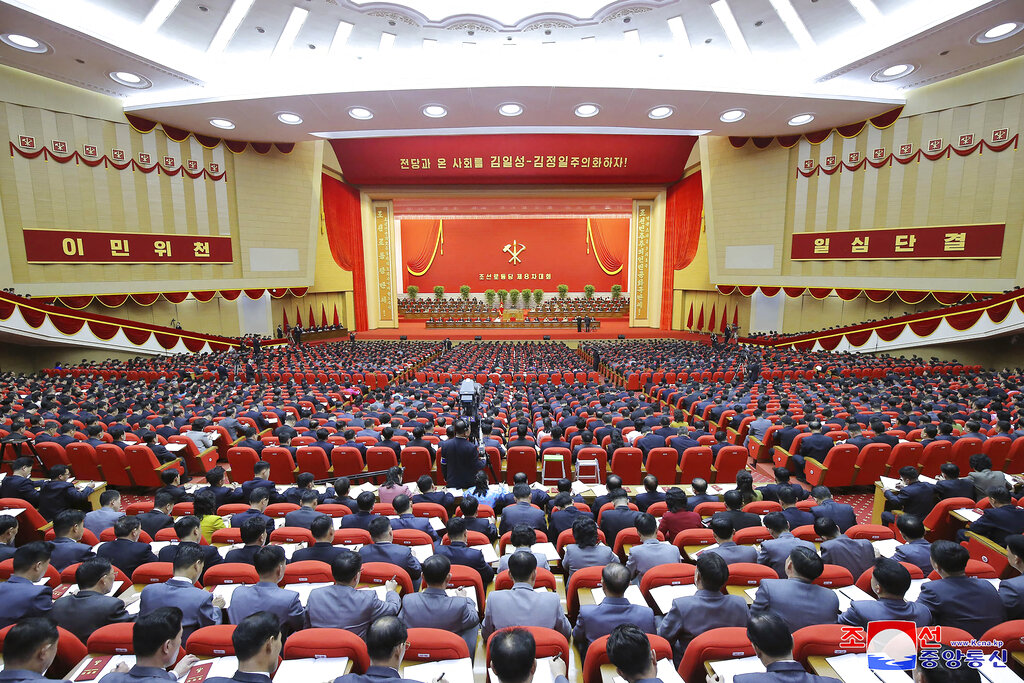 BEIJING, Jan. 6 (Xinhua) -- The Central Committee of the Communist Party of China (CPC) on Tuesday sent a congratulatory message to the Workers' Party of Korea (WPK) on the opening of its 8th Party Congress.

In the message, the CPC Central Committee called the WPK a firm organizer and leader of the revolution and construction of the Democratic People's Republic of Korea (DPRK), saying that the WPK has made historic achievements in the great course of propelling the socialist cause of the country for a long period of time by uniting and leading the DPRK people.

In recent years, under the firm leadership of the WPK Central Committee led by Chairman Kim Jong Un, the party has attached great importance to strengthening its self-building, and made a series of important achievements in such fields as economic and social development, external environment improvement and effective response to the COVID-19 epidemic, about which the CPC expresses its sincere pleasure, said the message.

The WPK's 8th Congress, a great event for the party and the political life of the people, will make strategic plans and arrangements for the party building and the national economic development in the coming period, which is of great significance, said the message.

It expressed the belief that the WPK and the DPRK people will take the Congress as an opportunity to continuously achieve new victories in the cause of the DPRK's socialist construction.

China and the DPRK are good neighbors linked by mountains and rivers, and the two parties have maintained a long-standing good tradition of friendly exchanges, it noted.

In recent years, under the strategic guidance and direct promotion of the top leaders of the two parties and two countries, a new chapter has been opened in the history of the China-DPRK relations, said the message.

Under the new situation, China is willing to work with the DPRK to preserve, consolidate and develop bilateral relations as guided by the important consensuses reached between the top leaders of the two parties and two countries, so as to better benefit the two countries and peoples, and make new positive contributions to realizing regional peace, stability, development and prosperity, it said.