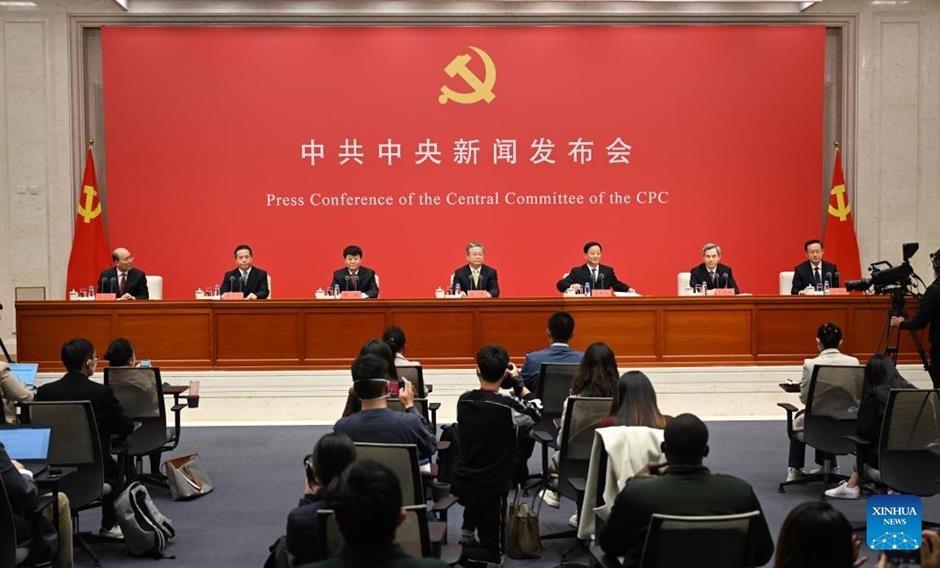 Photo: The Communist Party of China (CPC) Central Committee holds a press conference on October 24, 2022 to introduce and interpret a key report to the just-concluded 20th CPC National Congress. /Xinhua

The Central Committee of the Communist Party of China (CPC) held a press conference on Monday to introduce and interpret a key report to the just-concluded 20th CPC National Congress.

The first section of the report touches lightly on the work of the past five years since the 19th CPC National Congress and heavily on the great changes in the first decade of the new era, Jiang Jinquan, director of the Policy Research Office of the CPC Central Committee, told the conference.

The past decade has been a decade in which China's development has stepped up to a new level and the great rejuvenation of the Chinese nation has been advanced, he said.

The CPC has united and led all Chinese people to secure historic achievements and see historic changes in the cause of the Party and the country, and has taken China on a new journey toward building a modern socialist country in all respects, Jiang said.