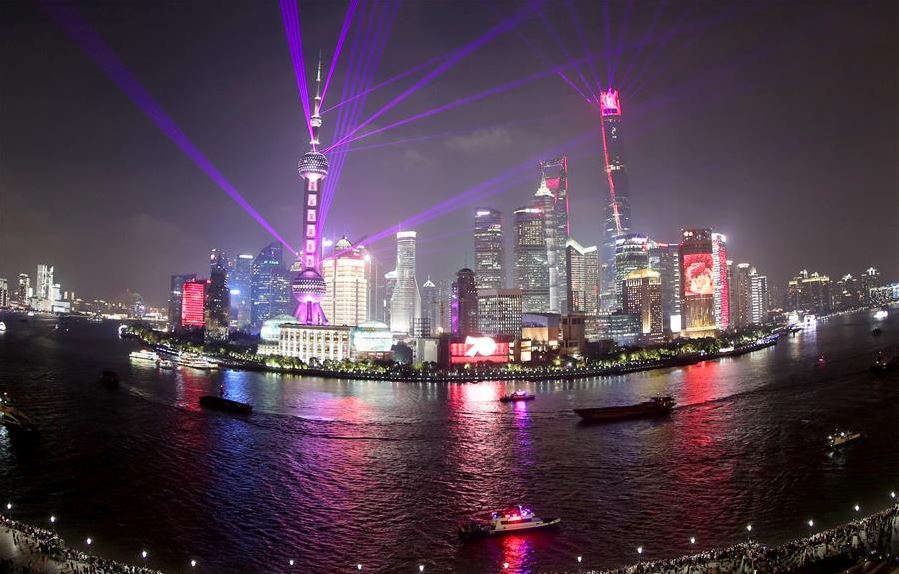 BEIJING, Dec. 6 (Xinhua) -- The Communist Party of China (CPC) Central Committee has convened a symposium to solicit opinions and suggestions on economic work from non-CPC personages.

Xi Jinping, general secretary of the CPC Central Committee, presided over the symposium attended by leaders of eight non-Communist parties and the All-China Federation of Industry and Commerce, as well as personages without party affiliations, in Beijing on Wednesday.

Addressing the meeting, Xi said efforts should be made to focus on key areas, shore up weak links and strengthen coordination of various departments and policies toward the goal of building a moderately prosperous society in all respects.

He stressed improving methods of leading the economic work, practicing frugality, rejecting extravagance and waste, and fighting against formalism and bureaucratism.

The non-CPC personages voiced their agreement with the CPC Central Committee's analysis of the economic situation and plans for economic work for the next year.

They also gave suggestions on multiple aspects including improving economic policies, advancing the integrated development of the Yangtze River Delta and the Guangdong-Hong Kong-Macao Greater Bay Area, as well as enhancing sci-tech innovation to underpin the high-quality growth, which Xi said would be seriously considered by the CPC Central Committee.

Facing increasing internal and external risks and challenges since the beginning of the year, China has maintained sustained and sound economic and social development, with the progress of key indicators under the 13th Five-Year Plan within expectation, and new and major headway being made on building a moderately prosperous society in all respects, Xi said.

A series of activities in celebration of the 70th founding anniversary of the People's Republic of China this year have significantly inspired the patriotic enthusiasm and enterprising spirit of the Chinese people of all ethnic groups, highlighting remarkable achievements and great vitality of socialism with Chinese characteristics, Xi said.

He appreciated contributions of non-CPC personages to the CPC Central Committee's policy-making as they had accomplished a series of research projects on the focal tasks of the Party and the government such as prompting innovation-driven high-quality development and optimizing the business environment to unleash the vitality of economic entities.

The recently-concluded fourth plenary session of the 19th CPC Central Committee has made specific arrangements for upholding and improving the system of socialism with Chinese characteristics and advancing the modernization of China's system and capacity for governance, posing higher requirements for the united front, he stressed.

Xi hoped non-CPC personages could follow the CPC Central Committee's decisions on the current economic situation in terms of both thinking and action and be more resolute on winning over difficulties and risks so as to make new contributions to sustained and sound economic development.