BEIJING, Feb. 27 (Xinhua) -- The Communist Party of China (CPC) Central Committee on Wednesday published a directive on enhancing the political work of the Party. 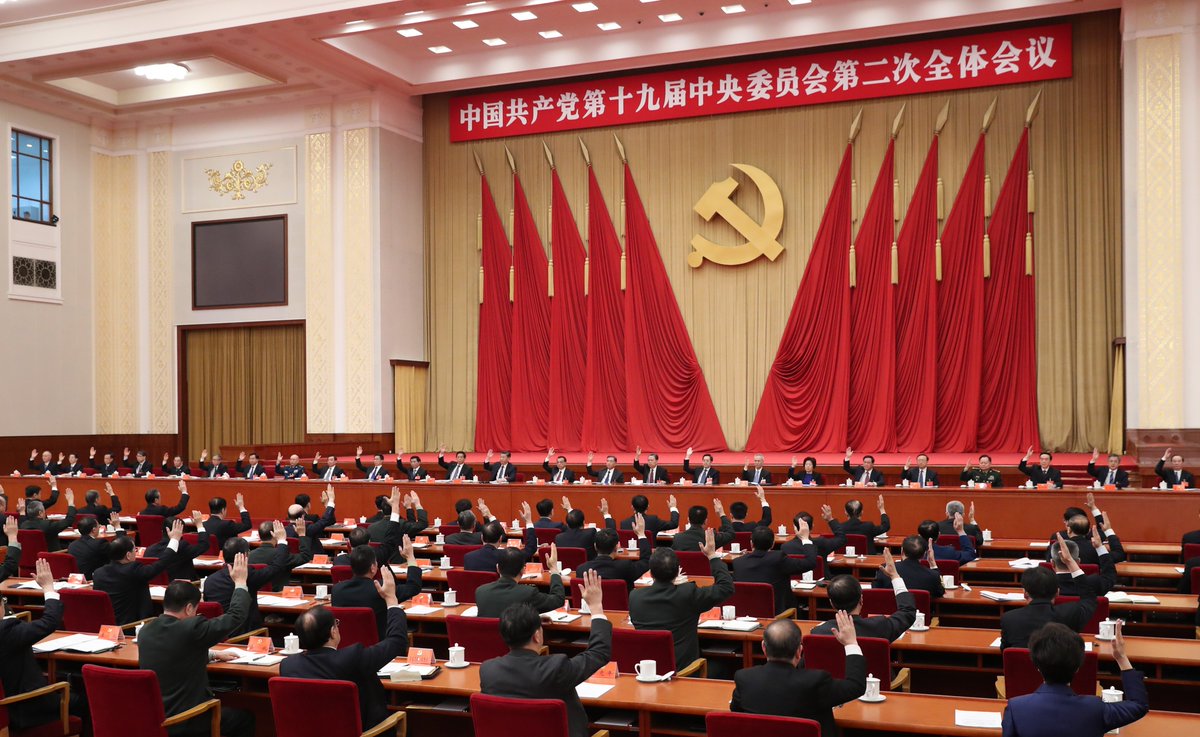 The second plenary session of the 19th Communist Party of China (CPC) Central Committee, presided over by the Political Bureau of the CPC Central Committee, is held in Beijing, capital of China, from Jan. 18 to 19. (Photo: Xinhua)

The introduction of the directive is a major initiative launched for the implementation of Xi Jinping Thought on Socialism with Chinese Characteristics for a New Era as well as the spirit of the 19th National Congress of the CPC, says a press statement from the General Office of the CPC Central Committee.

It is also a major decision and plan on the political work of the Party that the CPC Central Committee has made on the basis of the summing up of historical experience and the latest practice, it says.

The political work of the Party must be strengthened, which is an internal demand arising from further progress in ensuring full and strict governance over the Party, as well as a natural requirement in upholding and strengthening overall Party leadership, the statement says.