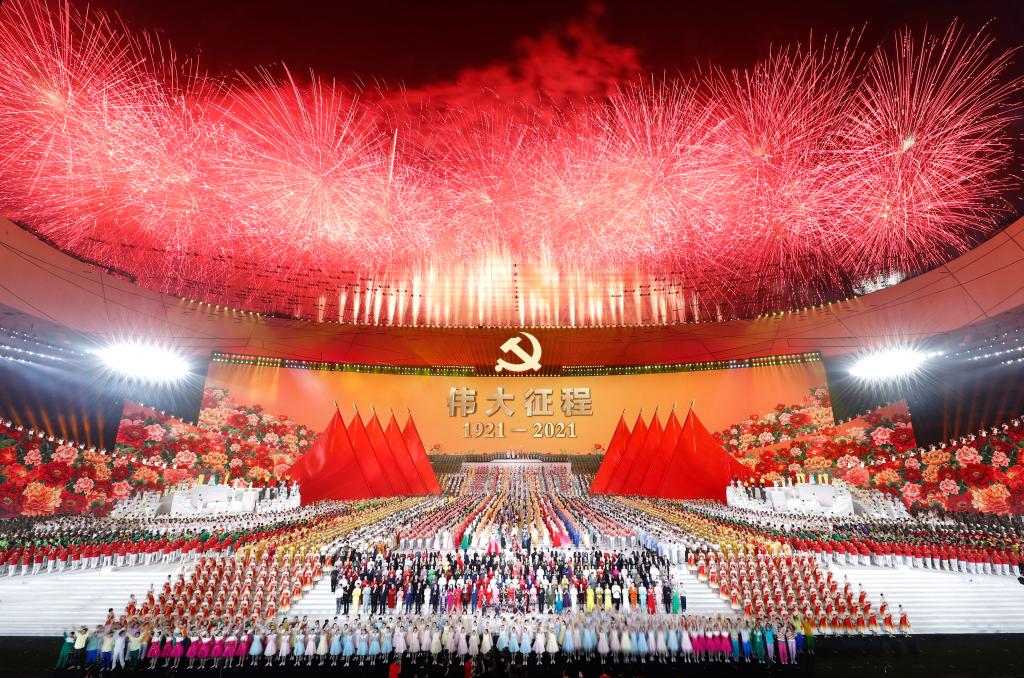 An art performance titled "The Great Journey" is held in celebration of the 100th anniversary of the founding of the Communist Party of China (CPC) at the National Stadium in Beijing, capital of China, on the evening of June 28, 2021. (File photo: Xinhua)

BEIJING, July 15 (Xinhua) -- The Communist Party of China (CPC) has extended appreciation for congratulatory messages on the Party's centenary sent from overseas.