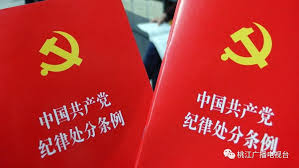 BEIJING, Dec. 16 (Xinhua) -- The General Office of the Communist Party of China (CPC) Central Committee has issued a trial regulation on how leading Party members groups discuss and decide the punishment of Party members.

A discipline inspection group stationed at a department is responsible for filing and investigating cases of discipline violations committed by city-level officials of the department, the regulation said.

Cases of discipline violations by county-level officials of a department can be investigated and tried by the Party committee and the discipline inspection commission of the department.

The punishment should be discussed and decided by the department's leading Party members group, and advised by the discipline inspection group stationed at the department, according to the regulation.