The Political Bureau of the Central Committee of the Communist Party of China (CPC) decided on May 13 to launch an education campaign themed "Remaining true to the Party's original aspirations and keeping its mission firmly in mind" throughout the Party from June. 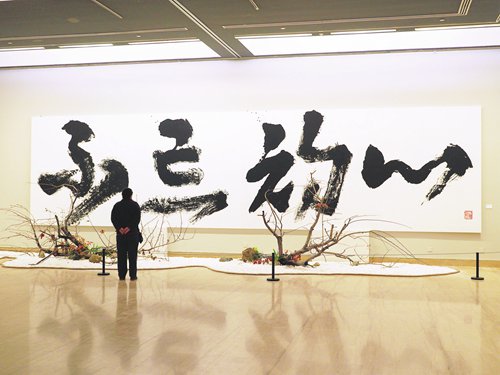 A man looks at a piece of Chinese calligraphy artwork reading "Remaining true to the original aspiration" at an exhibition in Beijing's National Art Museum of China on October 19, 2017. (Photo: VCG)

"There is a clear line of succession and relationship between this education campaign and the previous ones, as they are essential to maintaining the Party's advanced nature and purity," Zhi Zhenfeng, a legal expert with the Chinese Academy of Social Sciences in Beijing, told the Global Times.

Xi Jinping, general secretary of the Communist Party of China (CPC) Central Committee, called on the whole Party to "stay true to the mission" in his speech marking the 95th founding anniversary of the Party on July 1, 2016.

The call was reiterated and deepened in Xi's report at the 19th CPC National Congress in 2017. The theme of the report highlighted the requirement of "Remaining true to our original aspirations and keeping our mission firmly in mind," and made it clear that the mission is to seek happiness for the Chinese people and rejuvenation for the Chinese nation.

The education campaign has been implemented through branches at all levels in the Party in various forms.

All the participants went over the Party admission oath once again. "Everyone stood solemnly and read out the missions we are striving for," Li Jiankang, chief of the Party branch, told the Global Times, adding that "we hope to remind the Party members through rereading the admission oath that 'remaining true to our original aspiration and keeping our mission firmly in mind' aims to make us remember our original goals, so as to inspire us to overcome the difficulties on the way forward." 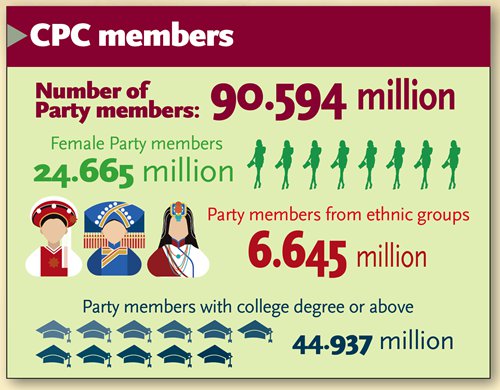 At a seminar, serving Party members shared their observations on the changes that have taken place since the 18th CPC National Congress in 2012, and vowed to do better in their posts. Young Party members said they would uphold the traditions of the Party to make contributions to the future construction of the village in all aspects.

The village Party branch has incorporated more than 60 members, and more than half of them were born after the 1980s and work in cities across the country. However, they can receive education content from a WeChat group in which they share their working experiences and links from "Xuexi Qiangguo," an app for CPC members to learn about Party theories and news on political affairs.

O&M Co is a private Xi'an company that provides technical services for the operation and maintenance of power plants overseas. The company currently runs more than 10 overseas projects in Asian and African countries, and each of them has a Party group.

"There are three CPC members out of 15 staff members working in a project in Cameroon, but all of them are required to participate in Party education," said Liu Zheng, deputy director of the CPC branch of O&M Co.

According to Liu, the company attaches great importance to Party building despite its private ownership. 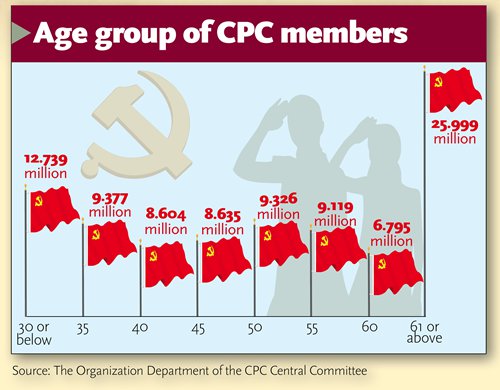 "We have 25 CPC members in the headquarters, and we periodically organize education in various forms such as group study, tests, and poverty alleviation," said Liu, adding that "CPC members working overseas are required to participate in the education campaigns through group study on site or studying together with the headquarters via video chat."

Liu told the Global Times that the O&M Co Party branch sends money and daily supplies to Shenlingshan village of Zhouzhi county, 110 kilometers from Xi'an, which is plagued by poverty.

"Through helping these people, we learned about a private company's social responsibility, which encourages us to strive harder to return more to society," said Liu.

Liu said that the company's Party branch gives priority to staff members who work overseas. The CPC group of the company's overseas projects also send money, food and clothes to local orphanages. "We hope to showcase the advanced nature and purity of CPC members to the world."

The Beijing Municipal Commission of Reform and Development held a seminar on June 17, on "Remaining true to the Party's original aspirations and keeping its mission firmly in mind," according to a report on its official WeChat account.

The seminar discussed topics such as how to improve awareness and handle risks and challenges while promoting Beijing's high-quality development; how to incentivize Beijing's development vitality through deepening reforms in key links of the major sectors; how to practically improve people's livelihood and improve infrastructure in rural areas, according to the report.

The seminar aims to explore new concepts and ways to deal with problems facing the authorities.

After several rounds of discussion, the participants in the seminar decided on several principles for solving these problems.

First, ensure a thorough comprehension of Xi Jinping Thought on Socialism with Chinese Characteristics for a New Era. Second, make sure the education is promoted in a high-quality manner, and third, become positive role models.

A public security department in Taiyuan, capital of North China's Shanxi Province, carried out the education at a "patriotism education base" near the city. However, department members had to visit the site separately due to heavy workloads.

Du Yi (pseudonym), a 31-year-old policeman at the public security department, told the Global Times that the education is meaningful for police, as it requires more sacrifice and devotion to their work. Du said that education makes them realize and remember their missions, as serving the people well requires a spirit of sacrifice, which is in line with the education.

Zhi told the Global Times that the education campaign is part of the CPC's efforts to "run the Party strictly."

"It is true that tremendous achievements have been made in China under the leadership of the CPC since 1949, but a series of contradictions have come about during this process," Zhi said. "The two centenary goals and the Chinese Dream of national rejuvenation can be attained through combining the Party's self-reform and social reform, and the Party's self-reform of the Party drives social reform," Zhi explained. 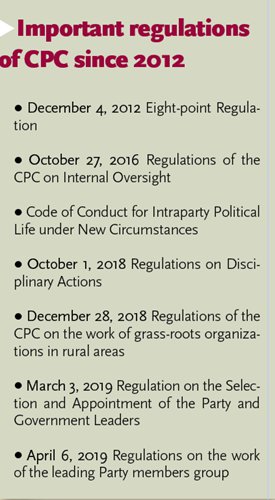 Zhi said that the education campaign should become normalized within the CPC. "Only in this way can the Party's ability to innovate, power to unite, and energy to fight be significantly strengthened," said Zhi.

Zhi suggested finding ways to prevent the problem of responding to the education with pointless formalities.

He also suggested organizing Party members in a more humanized manner while stressing that the Party should be strictly run.

"More practical and humanized measures should be taken to maintain the advanced nature and purity of CPC members," said Zhi.

Zhi agrees with the Confucian theory of "Those who want to govern their states first need to manage their family."