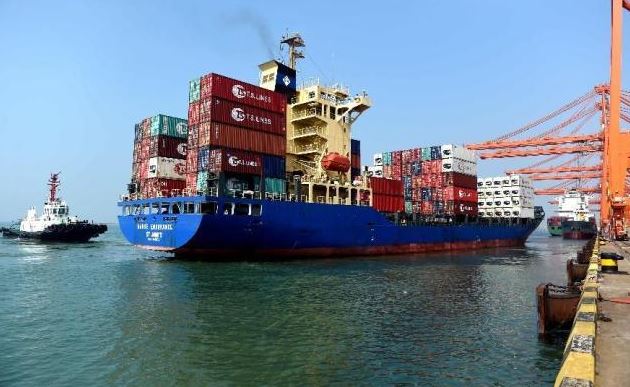 BEIJING, Dec. 6 (Xinhua) -- The Political Bureau of the Communist Party of China (CPC) Central Committee held a meeting Friday to analyze and study the economic work for 2020 and make plans for improving conduct and building integrity as well as fighting corruption.

Facing the complicated situation of rising risks and challenges both at home and abroad this year, China has maintained sustained and sound economic and social development, said the meeting.

Major steps have been taken in reform and opening-up with deepened supply-side structural reform, and breakthroughs have been made in scientific and technological innovation, the meeting noted.

"The year 2020 will be the year to finish building a moderately prosperous society in all respects, and it is also the final year for the 13th Five-Year Plan. China shall achieve its first centenary goal," said the meeting.

It called for taking Xi Jinping Thought on Socialism with Chinese Characteristics for a New Era as a guide and working hard to ensure the tasks are well completed.

"The basic trend of steady long-term growth for China's economy remains unchanged at present and for a period to come," the meeting said, stressing transforming external pressure into motivation for deepening reform and furthering opening-up, and focusing on running China's own affairs well.

The meeting emphasized further efforts in building a modern economic system, strengthening the high-quality development of agriculture, manufacturing and tertiary industries, and enhancing science and technology prowess and innovation capacity, as well as deepening reforms in the economic system to achieve a higher level of opening-up.

The meeting called for turning the institutional strength of the Party leading the economy work into more effective governance as underlined in the fourth plenary session of the 19th Central Committee of the CPC.

Under the strong leadership of the CPC Central Committee, the CPC Central Commission for Discipline Inspection (CCDI), the National Supervisory Commission and their local organs have strengthened their supervisory duties, implemented the eight-point decision on improving Party and government conduct, taken action against the practice of formalities for formalities' sake and bureaucratism, and conducted political inspection and rectification, said the meeting.

It said efforts have been intensified to address corruption that occurs on people's doorsteps, and to consolidate the sweeping victory in the fight against corruption.

Efforts have also been made to deepen reform of the disciplinary inspection and supervision system and build a contingent of anti-corruption officials who are loyal to the Party, have moral integrity and demonstrate a keen sense of responsibility, the meeting noted.

The fourth plenary session of the 19th CPC Central Committee has made new requirements on promoting full and rigorous governance over the Party.

The meeting called for the disciplinary inspection and supervision work to strengthen checks on and oversight over the exercise of power, comprehensively promote the system under which officials "don't dare to, are unable to and have no desire to commit acts of corruption," and train a competent and professional disciplinary inspection team to safeguard the realization of the first centenary goal.

At an earlier meeting of the Standing Committee of the Political Bureau of the CPC Central Committee, Xi was briefed on the CCDI's work in 2019 and preparations for the commission's upcoming fourth plenary session, scheduled for Jan. 13 to 15, 2020.