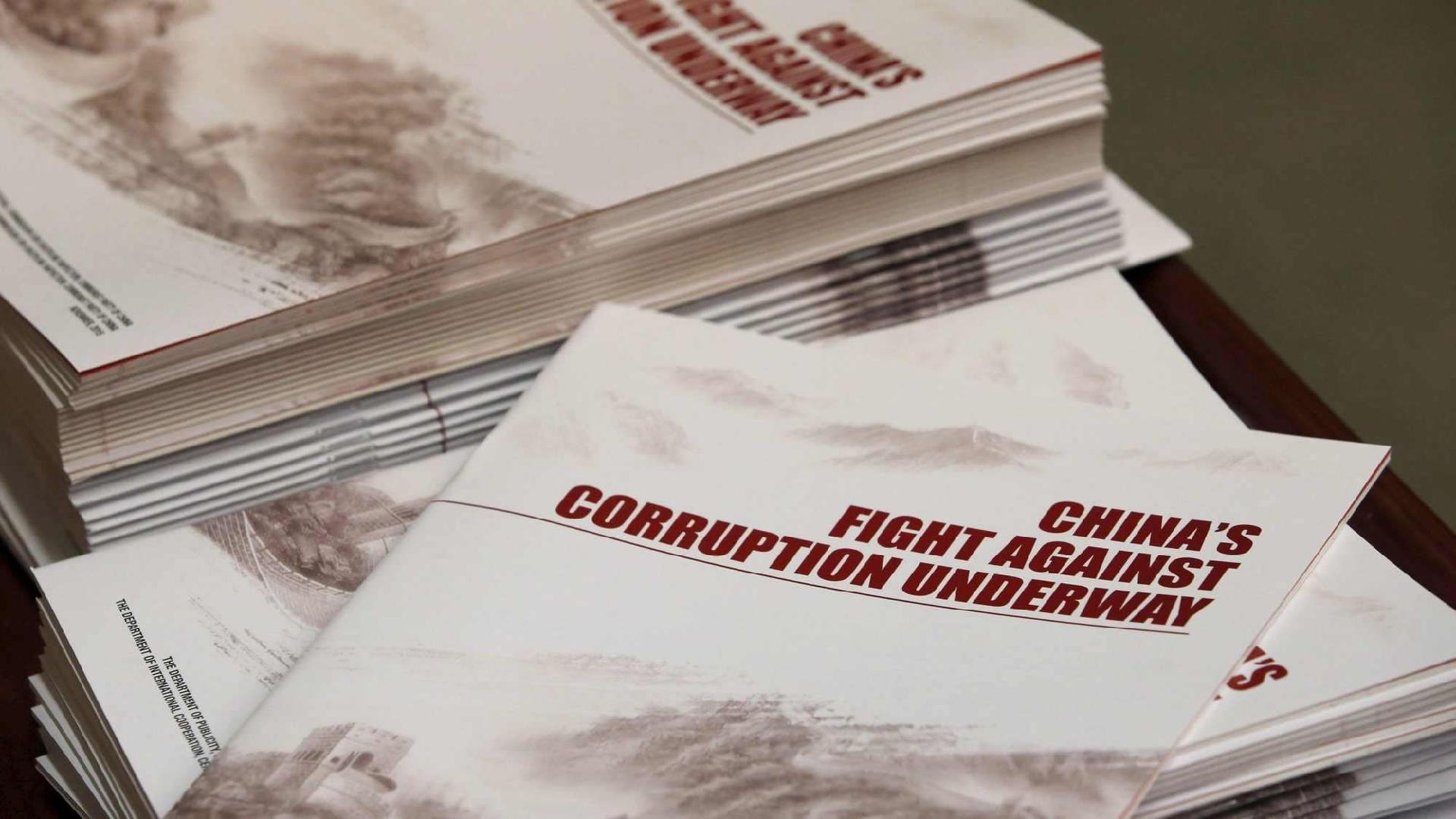 Copies of a CPC Central Commission for Discipline Inspection booklet are seen on a table during a news conference in Beijing, China, January 15, 2016. (Photo: CFP)

The Political Bureau of the Communist Party of China (CPC) Central Committee convened a meeting on Tuesday to make arrangements for improving Party conduct, moral integrity and combating corruption.

Continuous efforts are needed to ensure that the self-reform of the Party for the new era is carried forward, the meeting added.

Implementing the eight-point code on improving Party and government conduct was also stressed at the meeting.

The eight-point frugality code, introduced by the Political Bureau of the CPC Central Committee, aims to improve Party and government officials' work style.

Since it was adopted in December 2012, great effort has been made by the Party to rectify undesirable work styles of formalism, bureaucratism, hedonism and extravagance.

According to the monthly statement by the CPC Central Commission for Discipline Inspection (CCDI) and the National Supervisory Commission, China punished 11,050 people in October for violating the eight-point code, among whom 7,541 received Party disciplinary or administrative penalties.

The meeting pledged severe punishment for those who continue to violate Party discipline and rules despite repeated warnings and prohibitions.

Underscoring a tough and protracted battle against corruption, the meeting said the focus should be on corruption that involves both political and economic elements, corruption in sectors with a high concentration of power, funds and resources, and corrupt low-ranking officials whose misconduct directly affects people's lives.

Prior to this meeting, Xi had chaired a meeting of the Standing Committee of the Political Bureau of the CPC Central Committee, during which a briefing was given on the work of the CPC CCDI and the National Commission of Supervision and preparation for the second plenary session of the 20th CCDI.

The meeting agreed to hold the second plenary session of the 20th CPC CCDI from January 9 to 11 next year.