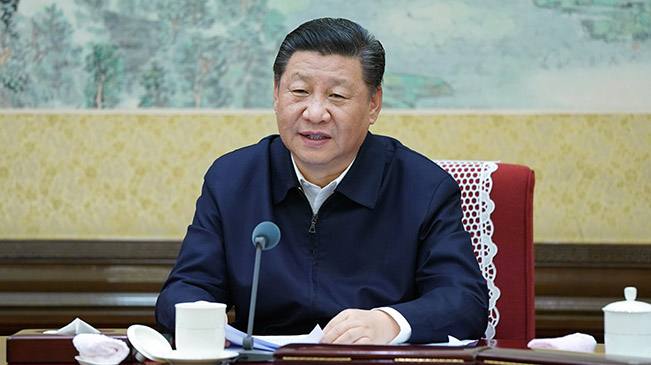 BEIJING, Jan. 25 (Xinhua) -- The Political Bureau of the Communist Party of China (CPC) Central Committee on Friday held a meeting to review a report on the work of several organs and some Party regulations.

The meeting also reviewed the CPC Central Committee's opinions on strengthening the Party's political work, and two regulations on the reporting of major issues and selection of Party and government officials.

The leading Party members' groups of the Standing Committee of the NPC, the State Council, the National Committee of the CPPCC, the SPC and the SPP were urged to follow the guidance of the Xi Jinping Thought on Socialism with Chinese Characteristics for a New Era and make effective efforts in all their work.

The meeting said the Party's political building was of fundamental importance to the Party as it determined the direction and effectiveness of the Party building.

The meeting also called on Party organizations at every level, Party members and officials to closely follow the CPC Central Committee with Xi Jinping at the core.