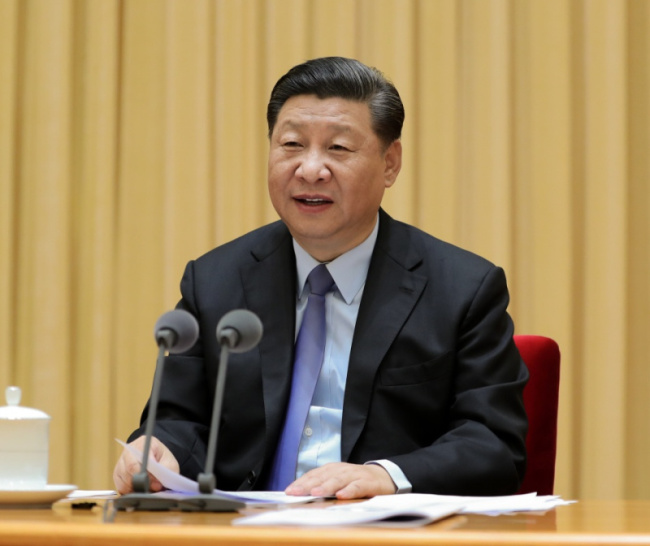 BEIJING, Dec. 27 (Xinhua) -- The Political Bureau of the Communist Party of China (CPC) Central Committee reviewed regulations on the Party's work related to political and legal affairs at a meeting on Thursday.
Xi Jinping, general secretary of the CPC Central Committee, presided over the meeting.
With the new intraparty regulations, the Party's successful experience in its long-term leadership over political and legal affairs has been institutionalized, according to a statement released after the meeting.
The formulation of the rules is a crucial measure to uphold and develop socialism with Chinese characteristics, modernize China's system and capacity for governance and realize the organic unity of law-based governance of the country and rule-based governance over the Party, it said.
The meeting emphasized that upholding the centralized and unified leadership of the CPC Central Committee and resolutely following its command is the key to guarantee the correct direction of work related to political and legal affairs.
It demanded Party committees at all levels to strengthen leadership over the work related to political and legal affairs correspondingly.
The Party's leadership is consistent with the Chinese socialist rule of law, said the statement.
The meeting also underlined the Party's explicit stance to make sure that judicial organs exercise their duties independently and impartially in accordance with the law, and demanded Party organizations and leading officials to take measures to follow through on this stance.