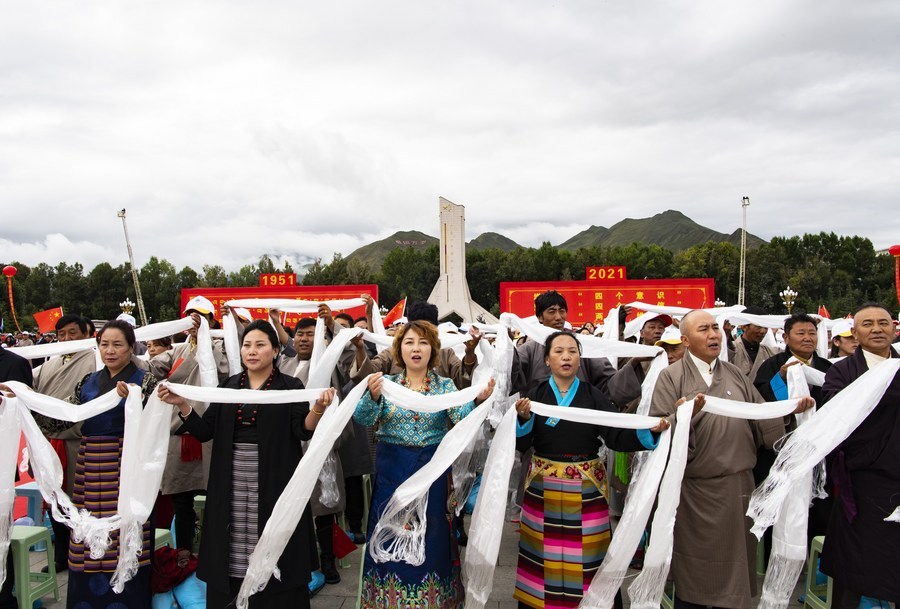 More than 20,000 people from various ethnic groups attended a grand gathering in Lhasa, capital of the Tibet autonomous region, Aug 19, 2021. The event was held to celebrate the 70th anniversary of the peaceful liberation of Tibet. (Photo: Xinhua)

A senior Party official on Thursday said that the Communist Party of China (CPC) prohibits discrimination against and the oppression of any ethnic group.

Xu Yousheng, vice minister of the United Front Work Department of the CPC Central Committee, made the remarks in response to a question about the CPC's ethnic policy at a press conference.

Noting that China is a unified multiethnic country, Xu said the CPC has formulated a series of ethnic institutions and policies, and has been constantly advancing a relationship between ethnic groups featuring equality, unity, mutual assistance and harmony.

While promoting the standard Chinese language nationwide, the Party also respects and supports the study and use of ethnic languages, Xu said. "Practice fully shows that the CPC has found the right path to address ethnic issues that suits China's national conditions and has Chinese characteristics."