BEIJING, Nov. 16 (Xinhua) -- The Communist Party of China (CPC) must forever maintain close ties with the people, stand firmly on their side, uphold their principal position, and respect their creativity, according to a landmark resolution released Tuesday. 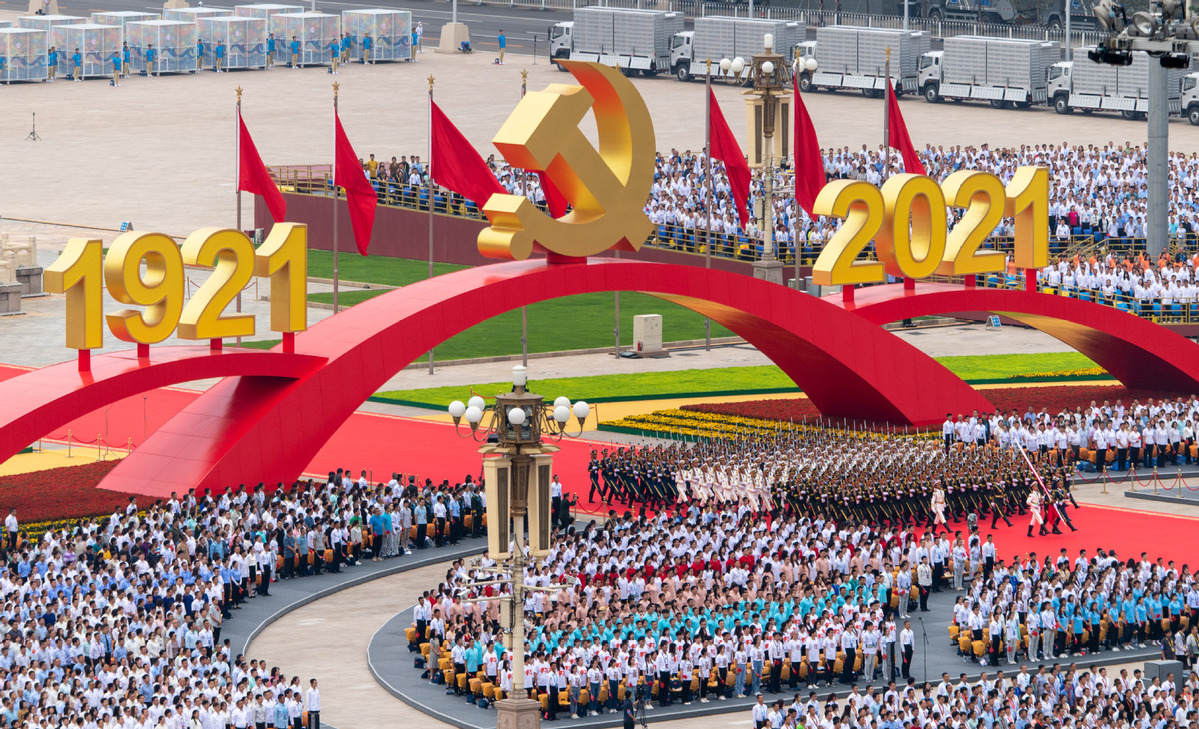 A grand gathering is held to honor the centenary of the CPC at Tian'anmen Square in Beijing, July 1, 2021. [Photo/Xinhua]

The CPC must act in line with the people-centered philosophy of development, so as to better realize, safeguard, and advance the fundamental interests of the overwhelming majority of the people, and unite and lead all Chinese people in working ceaselessly for a better life, said the resolution on the major achievements and historical experience of the Party over the past century.

The resolution was adopted at the sixth plenary session of the 19th CPC Central Committee, held in Beijing from Nov. 8 to 11.