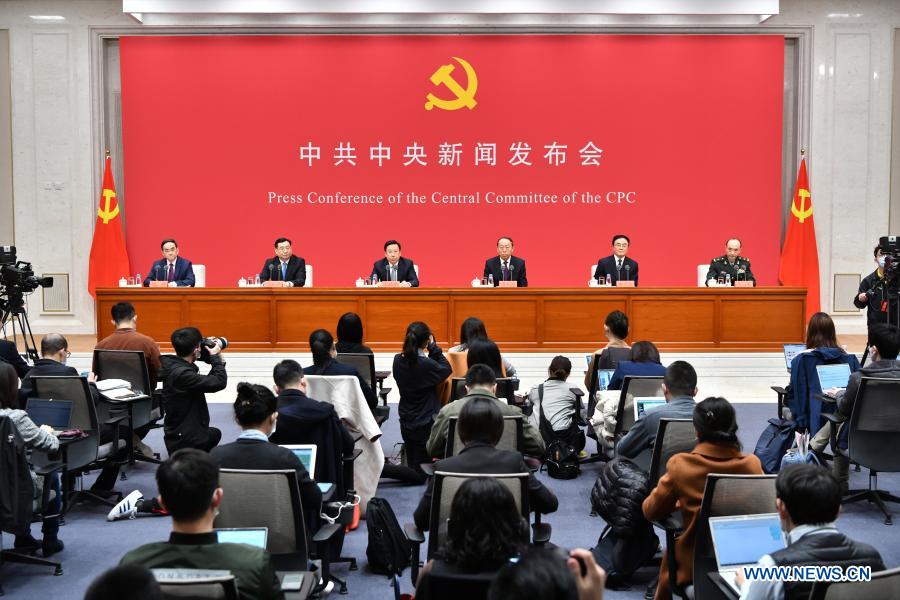 The Communist Party of China (CPC) Central Committee holds a press conference to shed light on the celebration activities for the 100th anniversary of the founding of the CPC in Beijing, capital of China, March 23, 2021. (Photo: Xinhua)

BEIJING, March 23 (Xinhua) -- The Communist Party of China (CPC) Central Committee will award the July 1 Medal to outstanding Party members for the first time as the CPC celebrates its centenary this year, said a CPC official Tuesday.

In general, it will be granted every five years to celebrate major anniversaries of the founding of the CPC.

This year, the CPC Central Committee will hold a grand gathering to award the medal ahead of July 1, the birthday of the CPC, according to Fu.