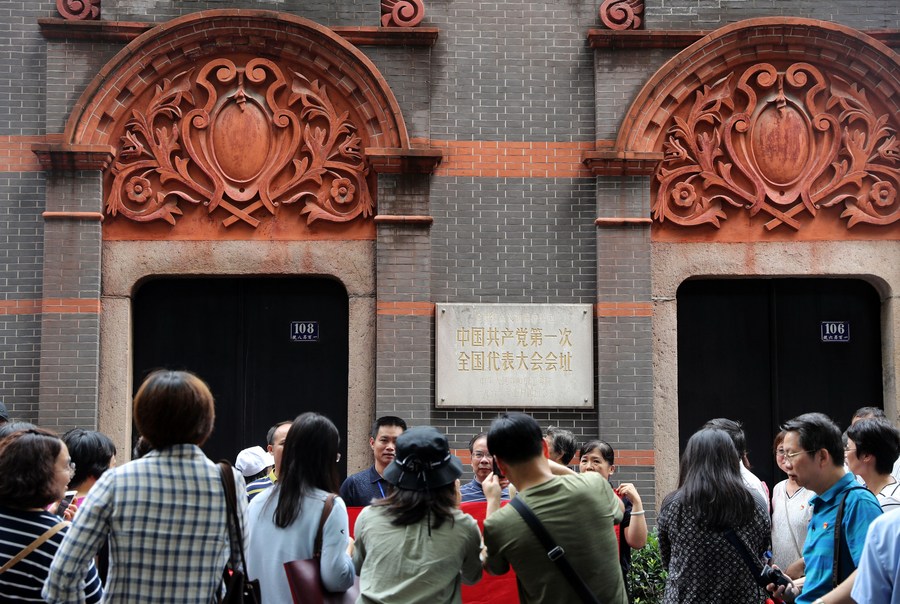 Visitors pose for a photo at the site where the first Communist Party of China (CPC) National Congress was held in 1921, in Shanghai, east China, June 27, 2019. (File photo: Xinhua)

BEIJING, March 23 (Xinhua) -- A theatrical performance will be held to celebrate the 100th anniversary of the founding of the Communist Party of China (CPC), said a senior CPC official on Tuesday.

The Ministry of Culture and Tourism is preparing for a high-standard, high-quality theatrical performance, which is to be presented in the form of a large-scale epic drama, said Hu Heping, deputy head of the Publicity Department of the CPC Central Committee and head of the ministry, during a press conference.

Meanwhile, a large number of revolution-themed fine literary and artistic works will also be launched. Classical dramas including the Chinese opera "The White-Haired Girl" and ballet "The Red Detachment of Women" will be remade, said Hu.

Hu also mentioned that multiple new Chinese dramas reflecting the great achievements in the new era such as poverty eradication will also take to the stage.