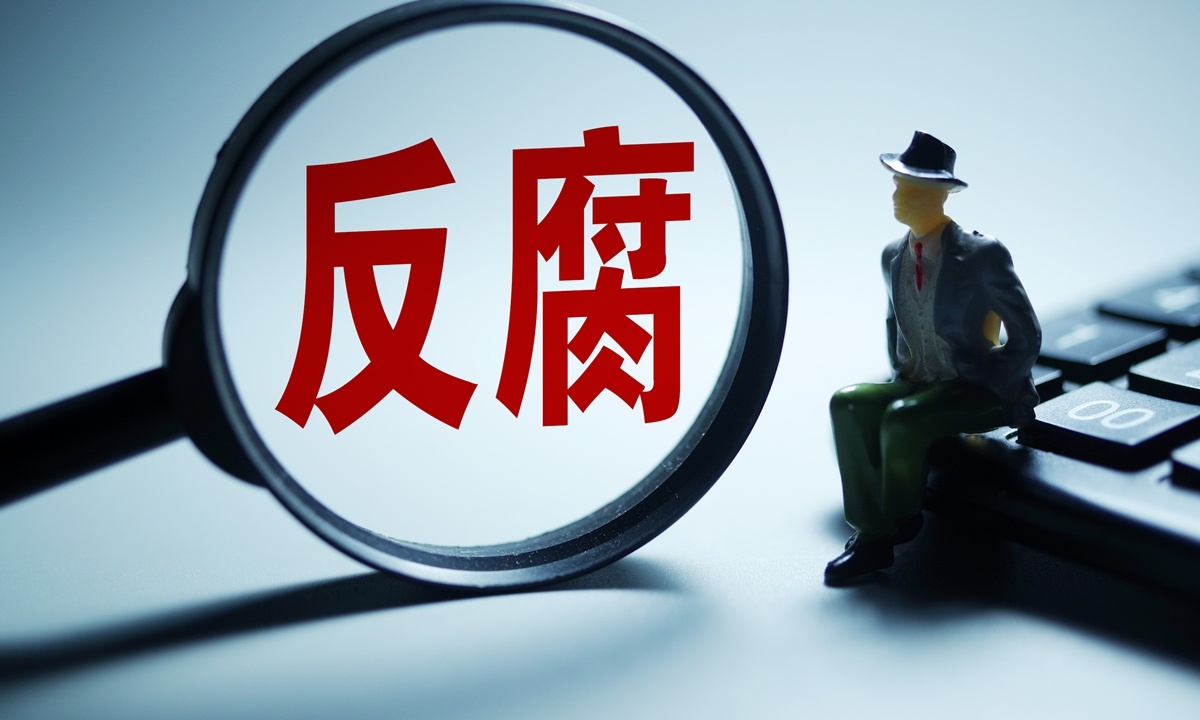 The Communist Party of China (CPC) will reinforce its ability to resist corruption, allowing no safe haven, leaving no ground unturned and showing no tolerance in fighting corruption, a major publication on the CPC's mission and contributions said on Thursday, as the anti-graft campaign continued to gain momentum in China with 8 officials being probed and 13 punished in one week this month.

Chinese observers said that China will deepen its retrospective investigations on corruption to ensure the full and strict governance over the Party, and expand international cooperation to let more countries understand the Chinese anti-graft model, and see the truth of some Western countries' malicious smear over China's anti-graft efforts out of ideological prejudice.

Speaking at a press conference featuring the publication of "The CPC: Its Mission and Contributions" launched by the Publicity Department of the Central Committee of the CPC on Thursday, Qi Jiabin, a member of the Ministerial Board of the Organization Department of the CPC Central Committee, said that the CPC has resolutely fought corruption and removed those who were not qualified from the Party. More than 900,000 members were removed from the Party since the Party's 18th National Congress in November 2012, which reflects the CPC's courage in self-reform and ensures the Party's health and vitality, Qi said.

The publication, with fruitful and comprehensive information to introduce CPC's historic mission as well as past and future contributions to China and the world, covers topics including serving the people wholeheartedly, realizing the ideals of the Party, robust leadership and strong governance, maintaining vigor and vitality. It also highlighted combating corruption, and stressed that "the Party has allowed no safe haven, left no ground unturned, and shown no tolerance in fighting corruption."

It said a crushing victory has been won in the anti-corruption campaign and the success has been consolidated. In resolving the issue of corruption, a persistent problem in governance at all times and across the globe, the Party has adopted an uncompromising attitude and taken concrete actions.

Moving forward, the CPC will continue with its self-reform and maintain its progressive nature and integrity. It will continue to improve its leadership and governance and reinforce its ability to resist corruption and withstand risks, the publication said.

The publication was released after an "anti-graft week" in which eight officials were put under investigation and 13 were punished last week alone.

Those who were probed included Zhou Jiangyong, secretary of the CPC municipal committee of Hangzhou, known as the hub of the nation's private economy. Zhou was under investigation for serious violations of Party discipline and national laws, the CPC's Central Commission for Discipline Inspection and the National Supervisory Commission announced on Saturday. No further details about the investigation have been revealed.

On Thursday, Dong Hong, a former deputy head with the central disciplinary inspection team, stood trial at Qingdao's Intermediate People's Court. By taking advantage of his posts and power, Dong had received bribes worth 460 million yuan (70.94 million) from 1999 to 2000. No verdict was handed down on Thursday.

Zhuang Deshui, deputy director of the Research Center for Government Integrity-Building at Peking University, told the Global Times on Thursday that the intensified anti-graft announcements this month sent a strong signal that the Party will uphold the principle of full and strict governance over the Party for a long time, and the disciplinary rules will be stricter.

Zhuang said that the recent moves in fighting corruption have refuted false views that China's anti-graft campaign has stopped, and the penalties to officials revealed that China still faces a grave situation in the fight against corruption despite China's crushing victory in the campaign.

We need to maintain an intensified anti-graft momentum, otherwise corruption will make a comeback, he said.

Zhuang said China's anti-graft campaign in the next step will focus on retrospective investigations, such as cases dating back 20 years.

North China's Inner Mongolia Autonomous Region has started to probe corruption in the coal industry over the past 20 years in 2020.

Since China has won a sweeping victory over the past 10 years, Zhuang said China will strengthen international anti-graft cooperation with more countries and international organizations to tell the world China's achievements, Chinese anti-graft model and the advantage of China's socialist system.

Through cooperation, more countries will see the truth of some US-led Western countries' smear campaign against China's anti-graft efforts out of ideological prejudice, he said.