BEIJING, Oct. 21 (Xinhua) -- The Chinese People's Political Consultative Conference (CPPCC) on Thursday said it strongly condemned and firmly rejected a report on the so-called political relations and cooperation between the European Union (EU) and Taiwan, which was recently adopted by the European Parliament. 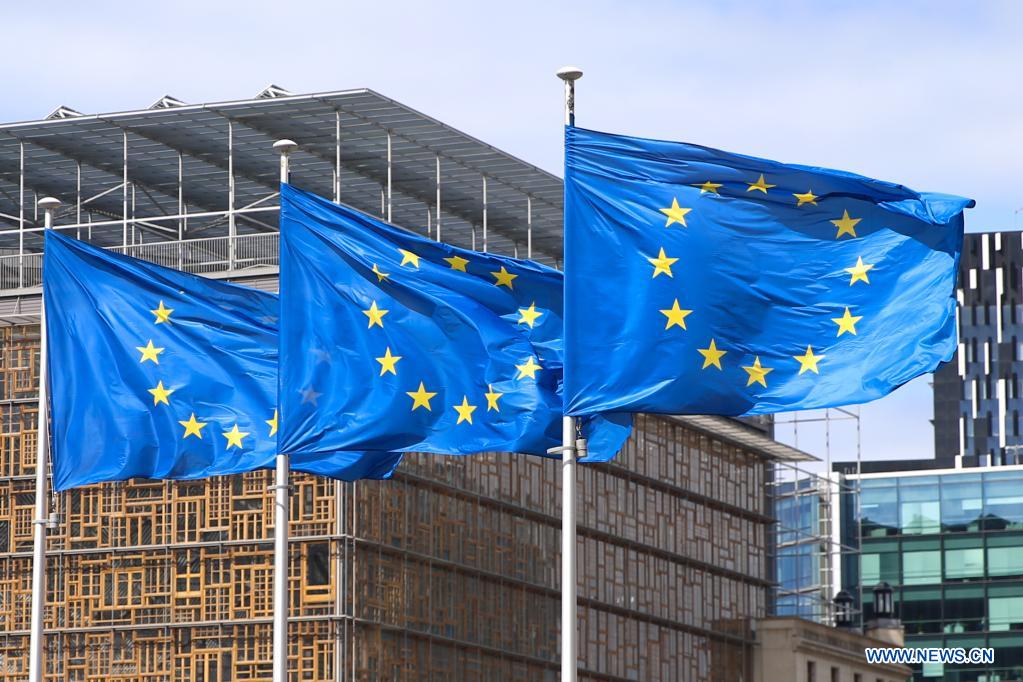 Flags of the European Union fly outside the EU headquarters in Brussels, Belgium, May 21, 2021. (Photo: Xinhua)

The Foreign Affairs Committee of the CPPCC National Committee said in a statement that the European Parliament obstinately adopted the so-called report, and trumpeted promoting relations with Taiwan, which seriously violated the basic norms of international relations, the one-China principle, the commitments made openly by the EU on the Taiwan question when China and the EU established diplomatic relations, and seriously damaged mutual trust and cooperation between China and the EU.

"We strongly condemn and firmly reject it," it said.

It said there is only one China in the world and Taiwan is an inalienable part of China's territory. The one-China principle is a recognized norm of international relations, an international consensus, and the political foundation of China's diplomatic relations with the EU.

It stressed that Chinese people's affairs are decided by Chinese people themselves, and that the Taiwan question, which concerns China's core interests and is purely China's internal affairs, allows no foreign interference. No one should underestimate the strong resolution, determination and capability of the Chinese people to safeguard their national sovereignty and territorial integrity.

"We urge the relevant EU institutions to be prudent in their words and deeds, avoid damaging China's sovereignty and territorial integrity in any form, avoid sending erroneous signals to the "Taiwan independence" separatist forces, abide by the one-China principle, earnestly fulfill the commitments made openly by the EU on the Taiwan question, safeguard the political foundation for the development of China-EU relations with practical actions, consolidate mutual trust and cooperation between China and the EU, and ensure the steady and sustained development of the bilateral relations," it said.