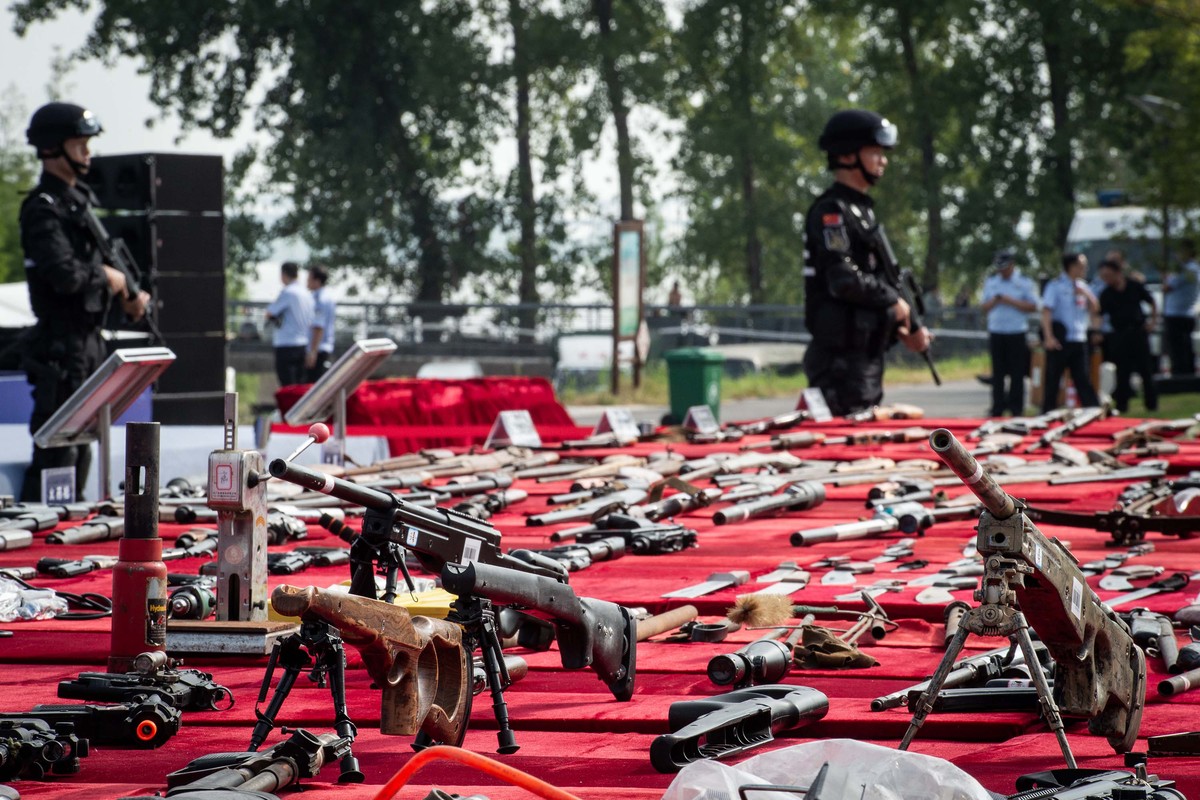 Illegal firearms seized by police since 2018 are displayed before being destroyed in Wuhan, Hubei province, on Monday. (Photo: China Daily)

Police in 154 cities across the country have destroyed 107,000 illegal firearms, explosives and detonators that were confiscated starting last year, the Ministry of Public Security said on Monday.

On Monday morning, police in Wuhan, Hubei province, destroyed a number of air guns, shotguns and replica firearms as well as explosives and detonators by melting them in a steel plant furnace, which was stoked to reach temperatures of up to 1,600 C.

"We will take effective measures to curb gun- and explosives-related crimes and eliminate major hidden dangers," he said.

In recent years, although such crimes have declined significantly due to police efforts, some cases have occurred sporadically around the country, Guo Lin, ministry spokeswoman, said earlier this year.

In order to tackle the issue, the ministry, together with 23 other authorities, set up a ministerial-level meeting mechanism under which they will share intelligence in a timely manner and take required action. In February 2018, they launched a two-year campaign to crack down on weapons crimes.

Last year, police nationwide dealt with more than 30,000 gun- and explosives-related cases, uncovered 416 criminal gangs and detained more than 40,000 suspects. From January to November last year, the number of such cases fell by around 28 percent, according to the ministry.

Since January, police across the country dealt with 16,000 such cases, uncovered 163 organized crime operations and detained 17,000 suspects. Between January and July, gun- and explosives-related crimes decreased by 20 percent compared with a year earlier, the ministry said.

He said police will work closely with relevant authorities to set up a preventive mechanism to greatly curb such crimes at their source.