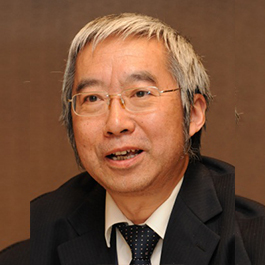 Yu Yongding, an academician and senior fellow of the Chinese Academy of Social Sciences

While maintaining strict capital controls, China should also step up its crackdown on underground banking and other means of evading limits on capital outflows, all of which are crucial in avoiding a "Minsky Moment."Foreign economists generally consider large-scale capital flight as a key criterion for determining whether China will enter a "Minsky Moment" - the point at which a speculative credit bubble bursts, triggering a collapse in asset prices. Without capital controls, capital outflows would aggravate liquidity shortages, pushing up the cost of capital and accelerating the plunge in asset prices, Yu Yongding, an academician and senior fellow of the Chinese Academy of Social Sciences, said in a speech over the weekend. But it is not easy to transfer large amounts of wealth abroad legally given China's tight capital controls, which is why some companies and individuals resort to underground banks and other illegal channels. Last year alone, Chinese authorities busted at least 380 underground banking cases involving capital transfers of more than 900 billion yuan ($131 billion), according to the Xinhua News Agency.Given the significant amount of illegal capital outflows, it is essential for China to intensify its crackdown on underground banking and other illegal transfer channels to hold the bottom line against systemic financial risks.Police crackdowns alone won't rein in underground banks. If regulatory loopholes persist, underground banking will continue to flourish. The regulators of industry and commerce, customs, finance and other relevant departments should ensure they eliminate any such loopholes. For instance, banking regulators should strengthen supervision over the rules to open bank accounts, cash transactions and other activities, with an eye to catch transactions that attempt to evade money-laundering rules.Illegal money transfers often involve criminal activities that are difficult to detect and prosecute. For example, prosecuting someone for money laundering requires proof that the funds involved were the illegal gains from crimes such as smuggling, drug trafficking, terrorism and corruption, which may not cover all the illegal money transfer cases. The laws may need to be reconsidered to deal with this problem. Regulators should also speed up the innovation and development of China's financial markets so that investors have more sophisticated investment choices.