CHINA Crayfish students snapped up by employers before graduation

Crayfish students snapped up by employers before graduation 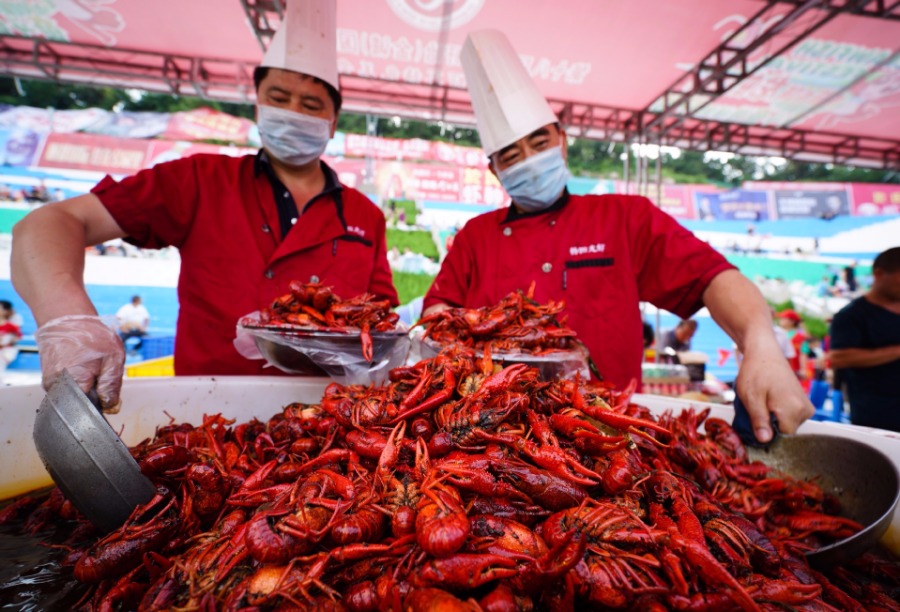 A "crayfish school" in Central China's Hubei province has recently trended on micro-blogging platform Sina Weibo, China's Twitter equivalent, because its students have reportedly all landed jobs before graduation.

All 130 students at the school, some of whom still have one year to go, have secured employment, Gong Dingrong, Qianjiang mayor, told Beijing Youth Daily.

These crayfish professionals have been signed up by large catering enterprises, logistics companies and crayfish-trading markets, said Gong.

A staff member confirmed the news, saying that students are in high demand.

Crayfish cooking and nutrition majors were recruited as cooks, while those studying catering management and marketing were mostly recruited for management positions – positions with an average monthly salary of over 10,000 yuan.

Given the good employment prospects, the school plans to this year expand its enrollment quota to 200 and offer new majors, including crayfish farming, to meet the industry's changing demands.

When established in 2017, the school sparked considerable discussion and gained the nickname "crayfish school" because it was the country's first vocational school to train talent specializing in crayfish.

Some joked that students would just cook and eat crayfish in class.

According to Gong, however, the school was established to meet the demands of the booming crayfish industry in Qianjiang.

The crayfish industry, comprising breeding, cooking, processing and exporting the crustaceans, is the city's leading sector.