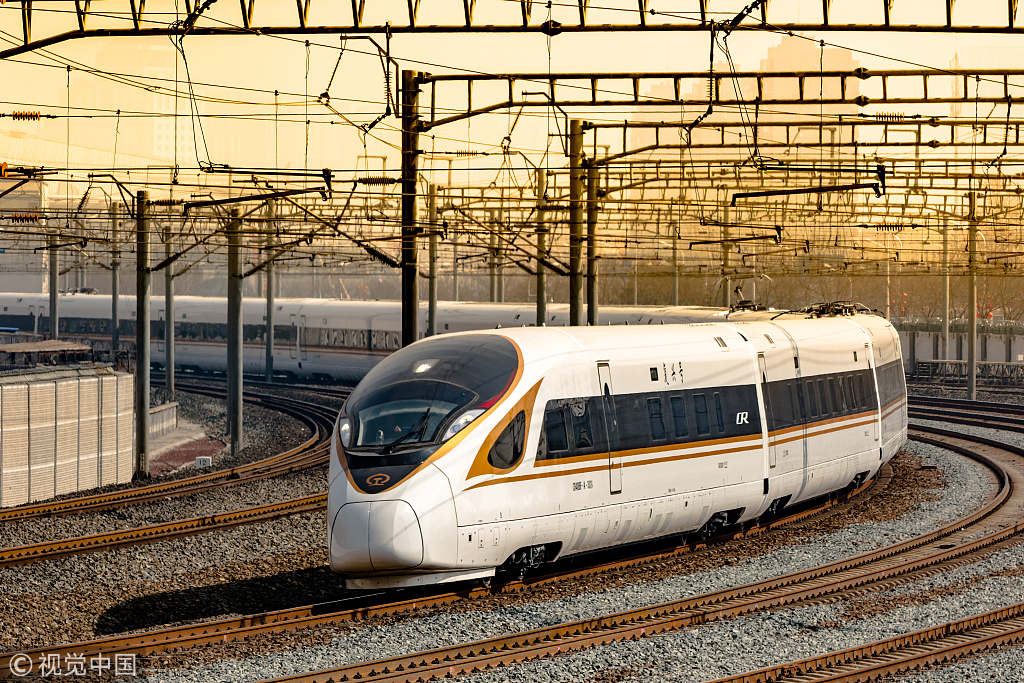 A Fuxing bullet train on a trial run from Beijing to Shenyang, Liaoning province, March 24, 2018 . [Photo/VCG]

China Railway Corporation, the country's railroad operator, successfully carried out a field test of the automatic train operation system on a high-speed train in Northeast China's Liaoning province on Thursday.

The trial train set out from Shenyang North Station at 8:45 am to Heishan, about 130 kilometers away, along the Beijing-Shenyang high-speed railway. The train's highest speed reached 350 km per hour.

The ATO system enables the high-speed train to start, stop and run automatically, but a driver is still needed on the train for emergencies. The success has led to a breakthrough in key technology for automated high-speed trains.

Zhang Kai, a train driver, said the ATO system has made him like a backup, and it has released his hands — he only has to monitor the work situation.

A senior manager at CRC said the company will carry further tests until the end of September, and the test achievements will be used on the smart high-speed railway lines linking Beijing and Zhangjiakou, Beijing and the Xiongan New Area.